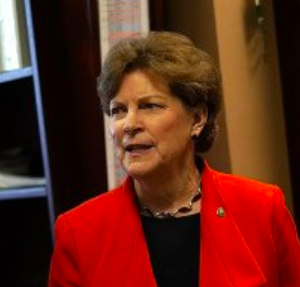 Both New Hampshire US Senators have publicly denounced President Donald Trump’s decision to withdraw from the JCPOA, aka “The Iran Deal.”

Democratic Sen. Maggie Hassan, who took office at the beginning of 2017 after the JCPOA had taken effect,  released the following statement:

In previous statements condemning Trump’s threats to withdraw from the multilateral agreement, Sen. Hassan said “I have always said that the nuclear deal with Iran must be the first step among many to confront Iran’s destabilizing actions, and I recently voted to pass a bill to increase sanctions on Iran for its support for terrorism, for its development of a ballistic missile program, and its human rights abuses.”

Democratic Sen. Jeanne Shaheen voted in favor of the JCPOA in 2015, and she continues to support it:

“As intended, the Iran deal significantly constrained Iran’s nuclear activity. In following through on his reckless campaign promise to withdraw from the Iran deal, President Trump is ignoring the sound guidance of his military leadership, diplomats, fellow Republicans and our nation’s closest allies, all at the expense of our national security interests. This decision needlessly discards our only effective means of curtailing Iran’s nuclear capabilities and emboldens hardliners in Iran to resume nuclear weapons activity. It also severely undermines the credibility and negotiation leverage of the United States in resolving current and future crises through diplomacy. Decisions of this magnitude should be based on the long-term security interests of our country, not political expediency.”

WATCH: Senator Jeanne Shaheen declares her support for the JCPOA in 2015: