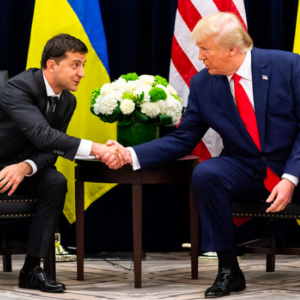 Granite State GOP’ers Are Shrugging Off The Ukraine Story–For Now.

Inside the D.C. Beltway and on MSNBC, all anyone can talk about is Trump, Ukraine and impeachment. But Republican candidates out on the campaign trail are finding their voters want to talk about almost anything else.

In New Hampshire, for example, there’s a three-way race in the GOP primary for U.S. Senate and the chance to take on incumbent Democrat Jeanne Shaheen. There’s also a special election on October 8 to fill a vacant state house seat in a traditionally GOP district.

And candidates in both races tell NHJournal that, as they knock on doors in GOP neighborhoods or talk to voters at community fairs, what’s on the minds of Republicans is not impeaching Trump.

“The word I heard from voters was ‘ridiculous,'” said retired Army Gen. Don Bolduc, one of three candidates in the GOP Senate primary. (Former Trump campaign manager Corey Lewandowski is expected to make it four.) Bolduc spent part of his weekend campaigning at the Deerfield Fair — “New England’s Oldest Family Fair’ — and he says “Granite Staters are astute and they think this [impeachment] is just another sign that Washington is out of touch with New Hampshire.”

“Very few people I talked with brought it up, and those who did were furious with the Democrats,” says Michael Vose, Republican candidate in the upcoming statehouse race who spent his weekend door-knocking in heavily GOP neighborhoods.

Given the available data, it’s hardly a surprise that Granite State Republicans are backing the president. A new Quinnipiac poll released on Monday finds that while Americans are evenly divided on whether President Trump should be impeached and removed from office, 92 percent of Republicans oppose it. In fact, 91 percent dismiss the entire effort as a partisan attack, and only about half of GOP voters say they are paying a lot of attention to the story.

“I get the question ‘where are you on Trump’ all the time, but almost nobody has talked to me about this Ukraine story,” says Bryant “Corky” Messner, another of the GOP U.S. Senate candidates. He spoke to voters at the 2019 Busch Lumberjack Championships in Merrimack, N. H. where he says he heard plenty of chainsaws, but it was Democrats being put through the grinder.

“The folks I talk to, they’re strong Trump supporters and they think the Democrats were never willing to work with him, that they’ve been out to get him from the beginning.”

It’s not just New Hampshire. Since the Ukraine controversy broke, even some Democrats have worried that the party’s progressive wing and its media allies are pushing a story that, thus far, is disconnected from the working-class voters their party needs to win back states like Wisconsin, Michigan and Pennsylvania in 2020.

“I talked to a lot of people, and it didn’t come up once, not at all,” said Sean Bagniewski, chairman of Iowa’s Polk County Democrats told Politico. “I’m sure it really energizes Twitter, but Twitter doesn’t vote.”

David Brooks, an outspoken Trump critic from the center-right, sees that divide between the “Twitter Primary” and real, voting people, writing in the New York Times that the Democrats’ impeachment push “is completely elitist. We’re in the middle of an election campaign. Elections give millions and millions of Americans a voice in selecting the president. This process gives 100 mostly millionaire senators a voice in selecting the president.”

And longtime Democratic pollster Doug Schoen wrote an op-ed Sunday warning, “Come 2020, Democrats could lose it all, from the presidency to governorships to Senate seats to House control, if the American people determine that they overreached on this issue.”

Though polls show the number of Democrats supporting impeachment surging, until those numbers change drastically among independents (who are split) and Republicans (overwhelmingly against), there is virtually no chance that twenty Republican Senators are going to turn on a GOP president and vote to oust him.

The net result is most likely to be a President Trump who survives impeachment and a Democratic Party that looks either powerless or inept.

Not everyone agrees with this assessment. Former Massachusetts Gov. Bill Weld, who is challenging President Trump in the GOP presidential primary, says “this [scandal] feels different.”

“People really understand what happened here–a president asking a foreign power to dig up dirt on his political opponent — and it can’t just be shrugged away,” Weld told NHJournal. “There’s no snappy answer for this one, and I think people see that I could go all the way [in the GOP primary] on this if Trump can’t come up with one.”

Weld says the Republicans he’s talking to are completely focused on the Ukraine story, and they are horrified by it. “They just shake their heads in disgust,” he said.

However, one of Weld’s competitors, former South Carolina Gov. Mark Sanford, says that’s not what he’s hearing. He’s been campaigning in Iowa and California and told NHJournal: ‘The Republicans I talk to definitely aren’t there when it comes to impeaching the president. This story isn’t changing their minds.”

Bill O’Brien, the former New Hampshire Speaker of the House and third Republican in the Senate primary, says “I’m like a lot of Republicans–it’s hard to draw the line in these political times between someone who is confrontational like Trump, and one who perhaps sends out tweets I don’t like. We wish we lived in a different time, but we don’t. So does he have any choice?

“Most Republicans think Trump did something special just by beating the odds and winning the election. They aren’t ready to give that up.”