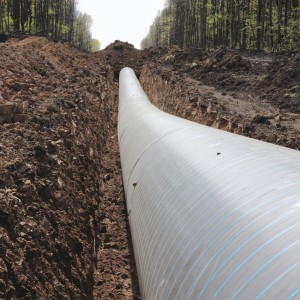 Early this summer the New Hampshire Senate notched a small but symbolic victory. In a near unanimous vote, lawmakers from both parties endorsed the Granite Bridge Pipeline, a small natural gas line that will connect a storage facility in Epping with two larger existing pipelines. While modest next to the energy development happening nationwide, the project’s early support signals a shift in attitudes toward much-needed pipeline infrastructure.

For years the Northeast corridor has remained a holdout against the United States’ shale boom. Drawing largely from division along political lines, activists have been successful in disrupting infrastructure in the region by implementing a playbook of bureaucratic stonewalling, litigation and protest. Their tactics have disrupted and often derailed critical projects —t he Constitution and Northern Access pipelines in New York, the Northeast Energy Direct pipeline in Massachusetts, and the Atlantic Coast and Mountain Valley pipelines in Appalachia.

The result of this oppositional mentality has been a shortage of fuel supplies to homes and businesses in the Northeast, particularly during winter. In New England, which gets half its power from natural gas, prices spiked more than 400 percent during the “Polar Vortex” in 2014. Last winter, gas prices rose more than 60 times recent rates, and Boston had to import liquified natural gas from Russia due to bottlenecks — a first in U.S. history.

A recent report by the U.S. Chamber of Commerce found residents in the Northeast pay 44 percent more for electricity and nearly 30 percent more for natural gas, and regional manufacturers face costs that are 64 percent higher than the national average. This economic burden, which owes largely to pipeline constraints, is self-induced. Well-funded opposition campaigns and not-in-my-backyard policies have ensured that the more than 50,000 miles of natural gas pipelines built over the last decade have missed the North Atlantic.

Support for New Hampshire’s Granite Bridge project suggests that the tide is turning — that common sense and economic realities are winning out with voters over the far-left’s hype machine. Residents recognize the value of natural gas, not only as a reliable fuel source but as a means to reduce our carbon footprint. And it comes at a critical time. A study last year found the region could lose nearly 80,000 jobs, more than $4 billion in wages and $7.6 billion in GDP by 2020 if no new pipelines are built.

Granite Bridge’s momentum also has immense implications for the next presidential election cycle. New Hampshire’s first-in-the-nation primary status positions voters there to shape the national political conversation. That pipeline development is winning bipartisan support within the state — even while hydro-electric, solar and wind projects have been dismissed — should indicate to candidates that supporting America’s energy security is a winning position.

U.S. shale development has spurred a 60 percent increase in domestic oil and natural gas production over the past decade. America is now the largest global producer of oil and gas, which is creating stability at home and equipping policymakers with a powerful geopolitical tool to support our allies and isolate our enemies. And there is no reason every corner of the country shouldn’t benefit from this newfound abundance of homegrown energy.

For too long, environmental activists and dogmatic politicians have succeeded in shutting down prudent, safe infrastructure development across the country — and especially in the Northeast. The cost of their ideological endgame has fallen on the shoulders of everyday, hard-working families and businesses. The support for Granite Bridge Pipeline makes clear voters are seeing past the rhetoric.

Policymakers should take note and see this small but critical project through the finish line.