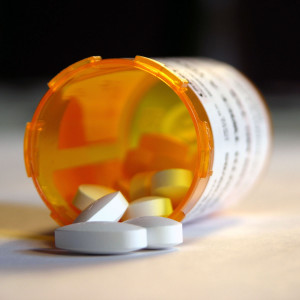 Opioid overdose is now the leading cause of death for Americans under the age of 50, claiming more than 60,000 lives per year. While many states have tried to address the opioid epidemic, the federal government has considered doing more. The Better Care Reconciliation Act, the repeal-and-replace bill that failed in the Senate, would have included an additional $45 billion to fight the opioid crisis.

Government alone surely cannot solve the nation’s opioid problem, which is tied to many cultural and economic factors. In fact, as we debate the broader role of government in our health sector, we should consider how bad policies have actually contributed to the opioid epidemic by over-emphasizing pain management.

For years, the Center for Medicaid and Medicare Services included questions about pain management in patient satisfaction surveys that were linked to payment, encouraging a standard of patient-pleasing over good medicine. This fostered a culture that encouraged health care providers to offer pain-relieving prescriptions, popular with patients, without adequate regard for the potential long-term downside to these drugs.

Those pain-related questions were removed this year, certainly an improvement, but for too long they influenced patient care and cultivated an environment of overuse of opioids for pain management. This represents the worst of government-influenced medicine: When doctors and hospitals answer to bureaucrat-designed surveys in Medicare and Medicaid, two of the biggest payers in health care, they aren’t as able to treat the individual needs of each patient.

The Joint Commission, previously known as the Joint Commission on the Accreditation of Healthcare Organizations, also bears some of the blame. The JC is an independent organization, but in 1965 the federal government tasked JC with determining which hospitals were eligible for participation in Medicare. Most state governments also recognize JC accreditation as a prerequisite to Medicaid reimbursement.

It would be hard to overstate JC’s influence on hospital policy. Any accrediting organization is free to determine standards, and accreditation is an important market tool that allows consumers to see which sellers have certain seals of approval. But when government is the biggest consumer, and when accreditation means the difference between doing business with the government or not, accreditation standards can carry the same weight as government policy.

Since 2001, the JC has issued pain management and treatment standards. Last year, dozens of health providers and groups sent a letter to the JC, saying that its standards “encourage unnecessary, unhelpful, and unsafe pain treatments that interfere with primary disease management.” The letter asked that JC change its standards to allow individual clinicians to use their judgment for pain assessment rather than mandating routine pain assessment.

Some pain management advocacy groups like the American Pain Society have advocated for pain to be measured as the “fifth vital sign” along with heart rate, blood pressure, respiratory rate and temperature. Of course, no one wants to diminish the very real pain that patients can feel, and in some cases drugs may be appropriate. This should be a decision for doctors to make, case by case.

But pain should not be considered a vital sign: Pain is a symptom, a message, pointing patients and doctors to its root cause. Simply drugging pain away not only results in the over prescription of drugs, but can blind us to deeper health issues. And unlike heart rate or blood pressure, there is no objective way to measure it. Doctors and nurses must depend on patients to report the intensity level of their pain, which provides an opening for addicts to abuse the system.

Part of the answer to the opioid epidemic will be to reverse course on these pain-centric accreditation standards and government policies — something that CMS and the Joint Commission are already doing.

Ultimately we must empower individual doctors to make the best decisions for patients, to treat patients as individuals rather than numerical scores on surveys, and to educate the public on the short- and long-term consequences of various pain management approaches. The opioid epidemic should be a cautionary tale in the over-standardization of medicine, a symptom of too much government influence.