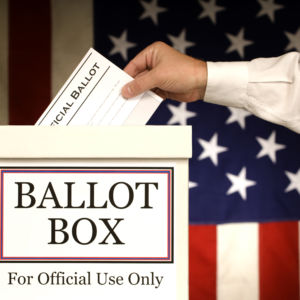 Posted to Politics May 17, 2018 by Christian Adams

New Hampshire Democrats did not take kindly to the news that the residential voting requirement was heading to the Supreme Court for a constitutional check-up.

“It’s hard to believe Sununu is foolish enough to think he has to sign every bill that is deemed constitutional, regardless of how he feels about the legislation,” Chairman Ray Buckley told the Associated Press.

Right. How dare a popularly elected governor execute a law green-lit by the judiciary after it was drafted by representatives of the Granite State.

It is not much to ask that New Hampshire resident citizens only be eligible to elect New Hampshire leaders. Citizens in neighboring Massachusetts do not have this problem. Most don’t. Requiring that one must be a resident of a state to register to vote there is not radical. It’s not even rare. Browse through the location-specific instructions on the federal voter registration form provided by each state and witness how common it is to see the term “resident” with a durational requirement to boot.

Here again, as it is with so many things, the issue is never the issue. Opponents of the residency requirement are not actually worried about college students or lower income voters. They know a student who has the means to cover out-of-state or even private tuition can access their ballot in their family’s home where they are still claimed as a dependent in the IRS’ eyes. They understand that a poor student earning merit scholarships is even better situated to meet the necessary rigors of “adulting” than their classmates. They know that even the poorest residents still have municipal water bills proving where they live.

The poor and downtrodden are often used as props to advance small-minded theories against election integrity laws, like arguing minorities are “less sophisticated” than whites at following voter ID.

With any voting reform, the left is agitated by clear laws which isolate the risks of personal or organized manipulation of elections. For them, the ballot box is not a tool for representative government, but a lever for ensuring preferred political outcomes and even, in growing examples, a weapon to protect tribal interests. A host of illegalities and dirty tricks can be rationalized to prevent the election and “normalization” of political foes.

The best way to tell if an election law is fair is whether it invites political manipulation, or if it forces the parties to debate issues. This is why voter ID is allegedly bad, even if a person can register and vote on the same day. This is why registrars are bullied into accepting voter applications containing incomplete information–especially attestations of citizenship. This is why New Hampshire was invaded by special interests (even actors with guilty pleas on election law violations) when it dared to require that new registrants claiming only a temporary domicile prove they actually lived there when they flashed an out-of-state ID.

The constitutional grounds here are solid and the enforcement mechanisms are waiting in the wings. When an out-of-state driver claims a local address as their new residence during a traffic stop in New Hampshire, their information is captured for follow-up in case they do not update their license and auto registration in a timely manner. There is no reasonable barrier to opening this system and others like it to voter registrars for verification efforts. The Secretary of State’s office already blessed such an arrangement.

In the likely event the reform package returns with a clean bill of constitutional health, Governor Sununu can either stand up for resident constituents and his state’s solemn right to codify such laws, or allow New Hampshire to remain a political entitlement for northeastern liberal operatives bored with their politically homogenous home turfs.