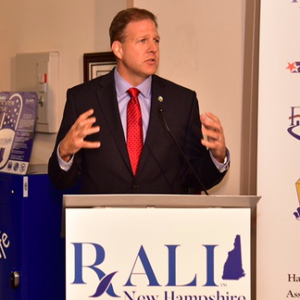 In New Hampshire, the most dangerous place in your home may not be your kitchen, or bathtub, or even your gun rack. It could be your medicine cabinet.  Already this year, more than 136 Granite Staters have died due to opioid overdoses. And according to the FDA, “more than half of all abused prescription drugs are obtained from family and friends, which includes many instances in which users simply take these drugs from other people’s medicine cabinets.”

In response, Gov. Chris Sununu joined with members of the public health and pharmaceutical industries to launch the Rx Abuse Leadership Initiative (RALI) New Hampshire, a community effort to battle opioid addition in the Granite State, starting with a push for safe disposal of unused prescription drugs.

“New Hampshire is on the front lines of the opioid epidemic and we need to do all that we can to end this crisis,” Governor Sununu at Thursday’s announcement launching the initiative. “The safe and proper disposal of prescription drugs is a critical element of fighting opioid addiction and I am pleased to support the RALI New Hampshire partnership’s comprehensive program.”

Since 2016, New Hampshire voters have told pollsters that the opioid epidemic is the most important issue facing their state. Drug overdoses killed 483 New Hampshire citizens in 2017 alone. 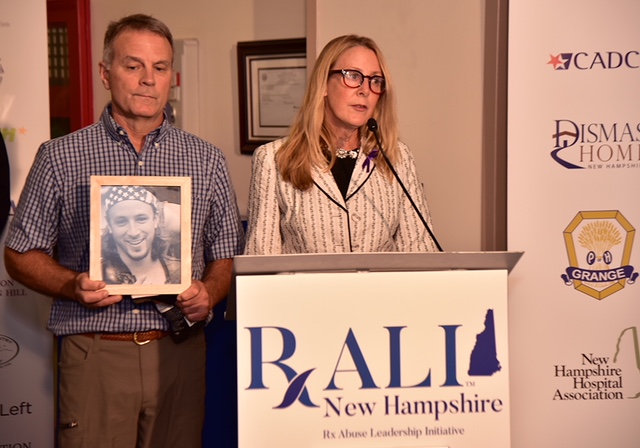 Jim and Jeanne Moser started the Zero Left Campaign after the overdose death of their son, Adam.

RALI New Hampshire’s first effort will promoting the Zero Left Campaign, which educates people about the need for safe Rx disposal.   The campaign was started by Jim and Jeanne Moser after the death of their son, Adam, from a fentanyl overdose in 2015.

“The Zero Left Campaign has resulted in the safe disposal of thousands of extra prescription medications that could potentially be abused, as was the case with our son,” said Jeanne Moser. “The RALI partnership will result in the safe disposal of tens of thousands of additional medications, saving lives.”  The goal is a partner-led effort to distribute 50,000 safe Rx disposal pouches and public education on a number of widely-available ways to safely dispose of medications, including the use of take-back locations like those found at 67 police stations across the Granite State.

RALI NH is one of several statewide efforts supported by the  Pharmaceutical Research and Manufacturers of America (PhRMA). “New Hampshire has been at the epicenter of the opioid epidemic and we are inspired by the commitment by the Governor and the organizations and individuals who are fighting every day to combat this crisis in the state,” PhRMA told NHJournal.com in a statement.  “We are proud to be a part of RALI New Hampshire’s efforts.”

RALI New Hampshire’s website, www.ralinh.org will serve as the hub of information about the organization’s efforts. “The alliance aims to bring together leaders to highlight programs that save lives, mobilize stakeholders, partner with policymakers and share ideas to effectively address the crisis,” RALI New Hampshire said in a statement.