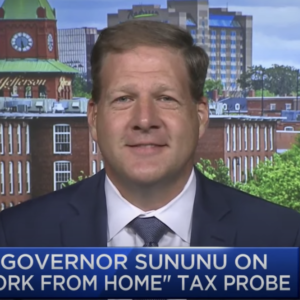 Sununu was on the cable network to talk about his opposition to Massachusetts’ policy of continuing to collect the state’s 5 percent income tax on work done in New Hampshire. After ordering many employers to shut down, Massachusetts followed up with an order from the Department of Revenue that, for the purposes of taxation, out-of-staters who used to commute would be treated as though they were still commuting to the Bay State.

“Whether you’re a state like New York or Massachusetts, if you’re coming after our citizens, we’re going to put up a fight,” Sununu said, adding that New Hampshire offers an attractive alternative to the “dire straits of a New York City or Boston or Seattle.”

“If you want to be in the heart of a city, but whether it’s riots or COVID or whatever it might be, young families are finally realizing ‘why pay all this money for that quality of life when we can still be connected, but be in a place like New Hampshire where they’re not hitting us with taxes, the government doesn’t get in our way,'” Sununu said.

“Let’s say you’re in New York, you have a Mayor [Bill di Blasio] that doesn’t know what he’s doing. You have years of terrible policy out of Albany. Well, people have choices.” Sununu said.

“It’s like they put a big sign on the Brooklyn Bridge that says ‘Last one out, turn out the lights,'” Sununu added.

When CNBC’s Robert Frank said Sununu was “lucky enough to have a state where there are no taxes,” Sununu pushed back.

Sununu insists that the paid family medical leave bill passed by the Democratic-controlled legislature included an income tax. Democrats argue that there’s no tax, but rather a premium similar to unemployment insurance and that, because employers could choose to pay it for their workers, it’s not a tax on average Granite Staters at all. 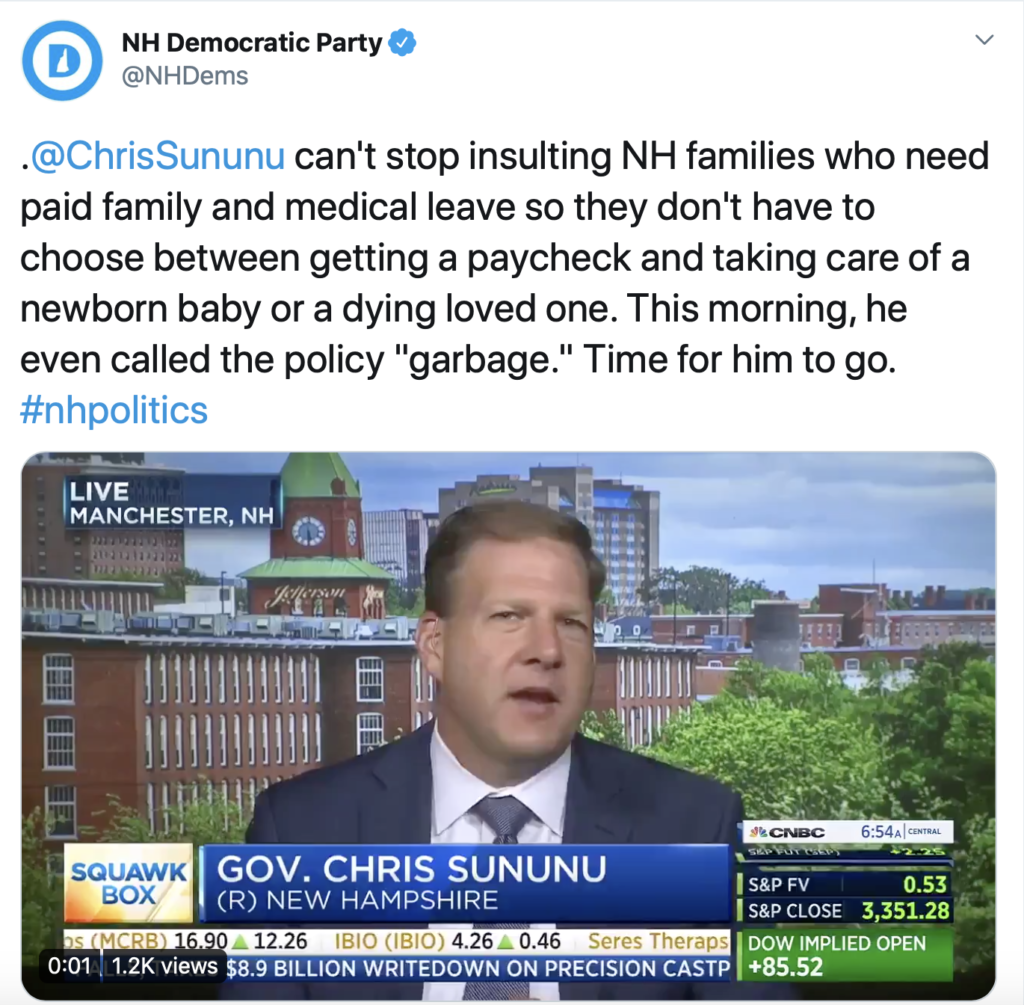 In fact, the Democrats’ paid-leave mandate is funded by a payroll, or wage, tax. Regardless, the state Democratic Party seized on Sununu’s comment, claiming that he called paid family leave “garbage.”

The most polite description of this attack is “misleading,” but NHGOPers also think it’s a mistake. By pouncing on Sununu’s rejection of income taxes, N.H. Democrats are highlighting Sununu’s willingness to take on anyone attempting to impose new taxes in New Hampshire, from either side of the border.