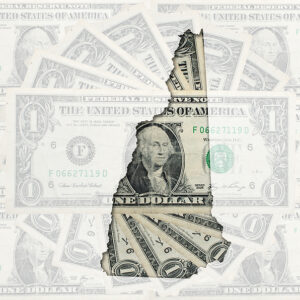 Judging by the reaction of New Hampshire’s left, the recently passed business tax deductions and Interest and Dividends (I&D) tax phaseout by the Republican-controlled legislature is an act in class warfare. But this is nothing new. Democrats have frequently shown their lack of economic and fiscal acumen by simply regurgitating their same old mantras.

Let’s take an analytical, rather than emotional, approach and see just how these changes can impact all of our citizens and taxpayers.

Regarding business taxes, the Business Enterprise Tax (BET) and Business Profits Tax (BPT) were lowered by 9 percent and 2 percent respectively. More importantly, the threshold for filing taxes was raised and by doing so, it is estimated 30,000 New Hampshire small businesses will now not require any filing. The heart and soul of our state, these small businesses will not only save money on taxes but will now forego hours and/or days preparing and filing paperwork. These businesses can now pass their tax savings on to their employees in the form of wage/benefit increases, or lower their product and service prices for their customers. And though the liberals scream “these tax cuts will go to fat-cat corporations”, the economic principles of the free market, supply and demand, and competition will always prevail. In doing so, just like for the trickle-down effects small businesses will receive, the reduced taxes on even large corporations will translate into better pay for employees and/or reduced prices for New Hampshire’s consumers.

The phase out of the I&D tax will play an important part in keeping retirees and wealthy individuals from emigrating to other states without an interest and dividends tax. (Florida is a great example.) High taxes incentive high earners, savers and the wealthy to flee as is currently happening in states like New York, New Jersey, Illinois and California. Bureaucrats in those states have raised taxes on the wealthy and high earners to make up for revenue shortfalls or to increase social programs. This causes those target taxpayers to move elsewhere only exacerbating the revenue situation.

There are a couple others benefit to eliminating the I&D tax and keeping retirees here in New Hampshire. First, retirees and high-income earners spend their money here rather than somewhere else. Secondly, retirees pay property taxes just as everyone else, yet they do not put economic pressure on our school system. The average cost to educate a kindergarten through high school student is nearly $20,000 a year in New Hampshire. If an average household has two kids in public school, that’s nearly $40,000 cost to the town. A retiree household with no kids is a zero-dollar cost. A few hundred or thousand dollars lost by not taxing these individuals via an I&D tax is more than offset by the absence of the cost associated with education.

Contrary to the soundbites and wailing of the left, reducing taxes will help the bottom line of all New Hampshire’s citizens including democrats. Heading into the immediate future, your Republican led legislature looks forward to further enhancing all of our economic and fiscal lives.