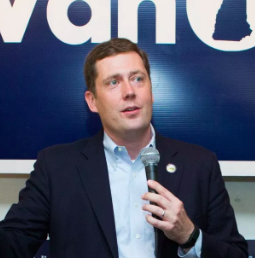 That’s the warning of one longtime New Hampshire politico to NHJournal.com regarding Tuesday’s legislative vote for Secretary of State. Once Democrats turn the job into a plum gig for loyal partisans, it will never go back.

This is the sentiment many NH political activists and observers expressed to NHJournal as the Secretary of State election approaches.

So says political consultant Josh McElveen, who has been pointing out the dangers posed by Colin Van Ostern’s openly-partisan advocacy for the office. He’s organizing a rally on Monday morning at 10:30am outside the LLB in Concord to remind legislators of what is at stake.

“If we have a Secretary of State with a partisan agenda, one who’s raised more than $250,000 dollars from partisan sources—people who gave that money with some sort of expectations—those outside of New Hampshire who want to take away our ‘First in the Nation’ status will use that against us,” McElveen told NHJournal.

Many Democrats reject the argument that electing Van Ostern in any way endangers New Hampshire’s place on the primary calendar. “Gardner did not create NH’s reputation as a state where anyone can run for President and launch a national campaign,” former New Hampshire state rep and outspoken Democratic activist Judy Reardon tweeted. “See primaries before he became SoS – 1968 (McCarthy) and 1972 (McGovern) for example.”

But the argument against Van Ostern isn’t that he’s a Democrat—Gardner is, too. Instead, the concern is over the fact that Van Ostern is a partisan political activist who was his party’s nominee for governor in 2016 and is widely expected to run for elective office in the future.

“I have kept my pledge not to use this office as a stepping stone. I’ve never run for office and I never would,” Secretary Gardner told NHJournal. “My opponent has only pledged not to run ‘in 2020.’”

At the Union-Leader, Kevin Landrigan reminds readers that Van Ostern began his campaign for the Secretary of State’s job with a pledge to “do everything in my power to help elect a legislative majority in support of [his] platform. I intend to recruit and campaign and raise money for these candidates,” Van Ostern said at the time.

He soon backed away from that pledge, but as Landrigan reports, his allies and former aides stepped up and money flowed to Democratic legislative candidates, anyway. This is hardly a surprise given Van Ostern’s background as a political operative.

Notably absent are New Hampshire’s U.S. Senate Democrats, neither of whom have endorsed Van Ostern for Secretary of State despite supporting his previous candidacies.

“This is a matter for the Legislature to decide,” Sen. Maggie Hassan said in a statement, while a spokesperson for Sen. Jeanne Shaheen’s office simply said she “is not getting involved in the race.”

“If the Secretary of State’s job devolves into a partisan political office with partisan practices like fundraising and campaigning, it will never go back,” McElveen said.

A Republican state house insider had a similar message for NHJournal: “How many times have the Democrats had control of the legislature? Something like less than 10% of the last 100 years. A vote for Van Ostern now is a vote for a hardcore conservative in 2020 when the GOP takes over the legislature.”

And another GOP activist put it even more bluntly: “They have no idea what they’re going to unleash. What—do they think we’re going to watch them elect someone like Van Ostern, and then when we take back the House, we’ll bring Billy [Gardner] out of retirement?”

A GOP majority in 2020 is hardly a certainty. What is all but certain, however, is that there will be a Republican legislative majority in the New Hampshire General Court again. And if history is any guide, in the near future.

Democrats may want to keep that in mind as they cast their votes on Tuesday.