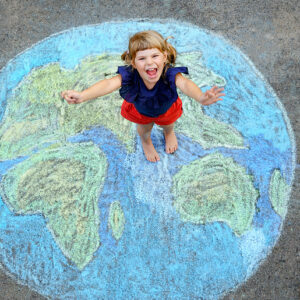 Good News, the World Is Getting Better

It’s easy to believe that life on Earth is getting ever worse. The media constantly highlight one catastrophe after another and make terrifying predictions. With a torrent of doom and gloom about climate change and the environment, it’s understandable why many people — especially the young — genuinely believe the world is about to end. The fact is that while problems remain, the world is, in fact, getting better. We just rarely hear it.

We are incessantly told about disasters, whether the latest heat wave, flood, wildfire or storm. Yet, the data overwhelmingly show that over the last century, people have become much safer from all these weather events.

Indeed, in the 1920s, half a million people were killed by weather disasters, whereas in the last decade, the death toll averaged 18,000. This year, just like 2020 and 2021, is tracking below that. Why? Because when people get richer, they get more resilient.

Weather-fixated television news would make us all think that disasters are getting worse. They’re not. Around 1900, 4.5 percent of the land area of the world would burn every year. Over the last century, this declined to 3.2 percent. In the previous two decades, satellites have shown further decline — in 2021, just 2.5 percent burned. This has happened mostly because richer societies prevent fires. Models show that, despite climate change, human adaptation will mean even less burning by the end of the century.

And despite what you may have heard about record-breaking costs from weather disasters (mainly because wealthier populations build more expensive houses along coastlines), damage costs are declining, not increasing, as a percent of GDP.

But it’s not only weather disasters that are getting less damaging despite dire predictions. A decade ago, environmentalists loudly declared that Australia’s magnificent Great Barrier Reef was nearly dead, killed by bleaching caused by climate change. The U.K. Guardian even published an obituary. This year, scientists revealed that two-thirds of the Great Barrier Reef shows the highest coral cover since records began in 1985. The good-news report got a fraction of the attention.

Not long ago, environmentalists constantly used pictures of polar bears to highlight the dangers of climate change. Polar bears are even featured in Al Gore’s terrifying movie, “An Inconvenient Truth.” But the reality is that polar bear numbers have been increasing — from somewhere between 5,000 and 10,000 in the 1960s to 26,000 today. We don’t hear this news. Instead, campaigners just quietly stopped using polar bears in their activism.

There are so many bad-news stories that we seldom stop to consider that life is getting much better on the most important indicators. Human life expectancy has doubled over the past century, from 36 years in 1920 to more than 72 years today. A hundred years ago, three-quarters of the world’s population lived in extreme poverty. Today, it’s less than one-tenth. The deadliest environmental problem, air pollution, was four times more likely to kill you in 1920 than today, mostly through people in poverty cooking and heating with dung and wood.

Despite COVID-related setbacks, humanity has become better and better off. Yet doom-mongers will keep telling you the end is nigh. This is great for their fundraising, but the costs to society are sky-high: we make poor, expensive policy choices and our kids are scared witless.

We also end up ignoring much bigger problems. Consider all the attention devoted to heat waves. In the United States and many other parts of the world, heat deaths are actually declining because access to air conditioning helps much more than rising temperatures hurt. However, almost everywhere, the cold quietly kills many more.

In the United States, 20,000 people die of heat, but 170,000 die of cold — something we rarely focus on. Moreover, cold deaths are rising in the United States, and our incessant focus on climate change exacerbates this trend because politicians have introduced green laws that make energy more expensive, meaning fewer people can afford to keep warm. Lacking perspective means we don’t focus first on where we can help most.

On a broader scale, global warming prompts celebrities and politicians to fly around the world in private jets lecturing the rest of us while we spend less on problems like hunger, infectious diseases and a lack of basic schooling. When did politicians and movie stars ever meet for an important cause like de-worming children?

We need some balance in our news, but that doesn’t mean ignoring global warming: it is a real problem caused by humanity. We need perspective. To know what to expect from a warming planet, we can look at the damage estimates from the economic models used by the Biden and Obama administrations, revealing the entire global cost of climate change — not just to economies but in every sense — will be equivalent to less than a 4 percent hit to global GDP by the end of the century.

Humanity is getting more prosperous every day. The United Nations estimates that without global warming, the average person in 2100 would be 450 percent better off than today. Global warming means people will only be 434 percent richer instead. That is not a disaster.

Climate change fear is causing life-changing anxiety. You might be hearing nothing but bad news, but that doesn’t mean that you’re hearing the full story.