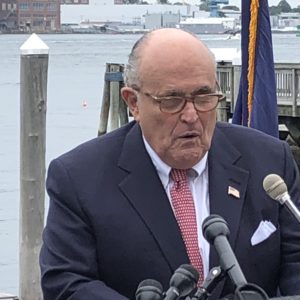 Was Giuliani in Portsmouth “Kicking the Tires” for a Trump Endorsement in NH-01 Race?

Campaign insiders backing Eddie Edwards in the First Congressional District GOP primary believe Rudy Giuliani’s decision to endorse their candidate so publicly in Portsmouth on Wednesday was the Trump White House testing the waters for a presidential endorsement.

“Rudy’s up here kicking the tires for Trump,” one highly-placed member of the Edwards team told NHJoural.  “If you look around, you’ll see almost the entire Trump team from 2016 is here. Eddie’s their guy.” 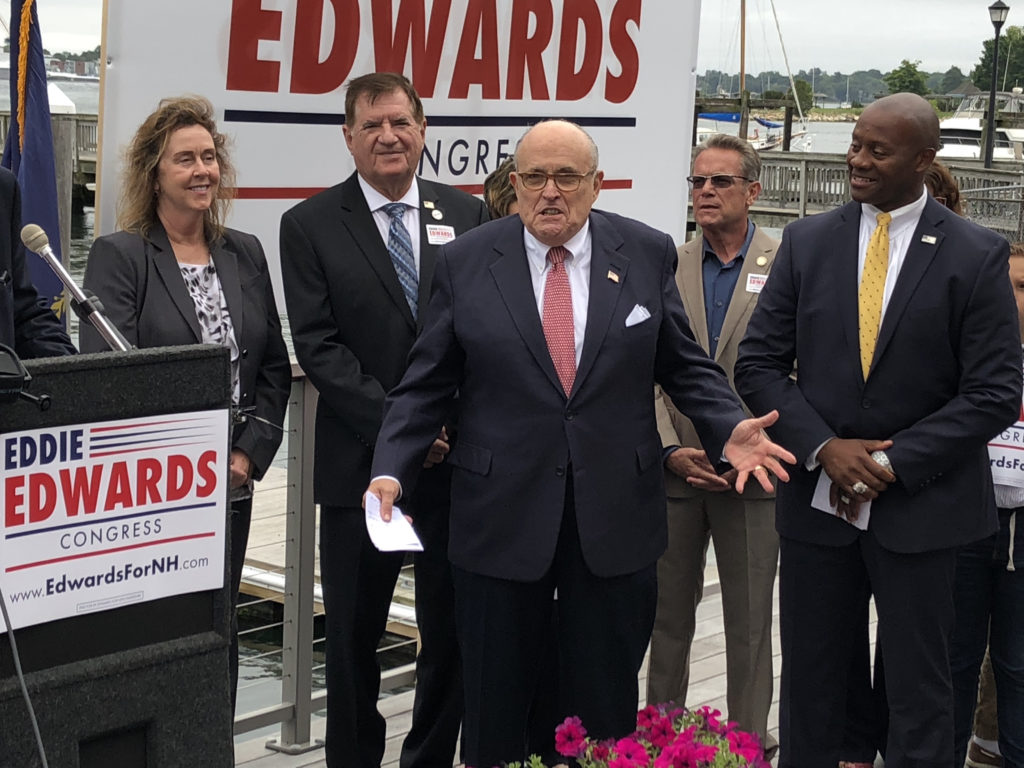 Rudy Giuliani speaks to a group of Edwards supporters in Portsmouth, NH

Edwards made that same point during the event.

Grassroots activists supporting Edwards went out of their way to say they like state senator Andy Sanborn, the other leading candidate in the GOP primary, though several said they believe the investigation into Sanborn’s behavior regarding female staffers make it unlikely Trump would wade into the primary on his behalf.

However, sources close to the Sanborn campaign tell NHJournal they feel like they “have a shot” at the president’s endorsement.

For his part, Giuliani went out of his way to point out his strong, personal connection with Wayne Semprini,  who is a major Edwards supporter and was New Hampshire chairman of Giuliani’s failed presidential bid in 2008.

Giuliani went on the praise Edwards for his “‘Live Free or Die’ values of a good, strong conservative who believes in low taxes and is a supporter of the “America First” agenda.

“I know Eddie will be a supporter of President Trump’s when he gets to Congress,” Giuliani said. 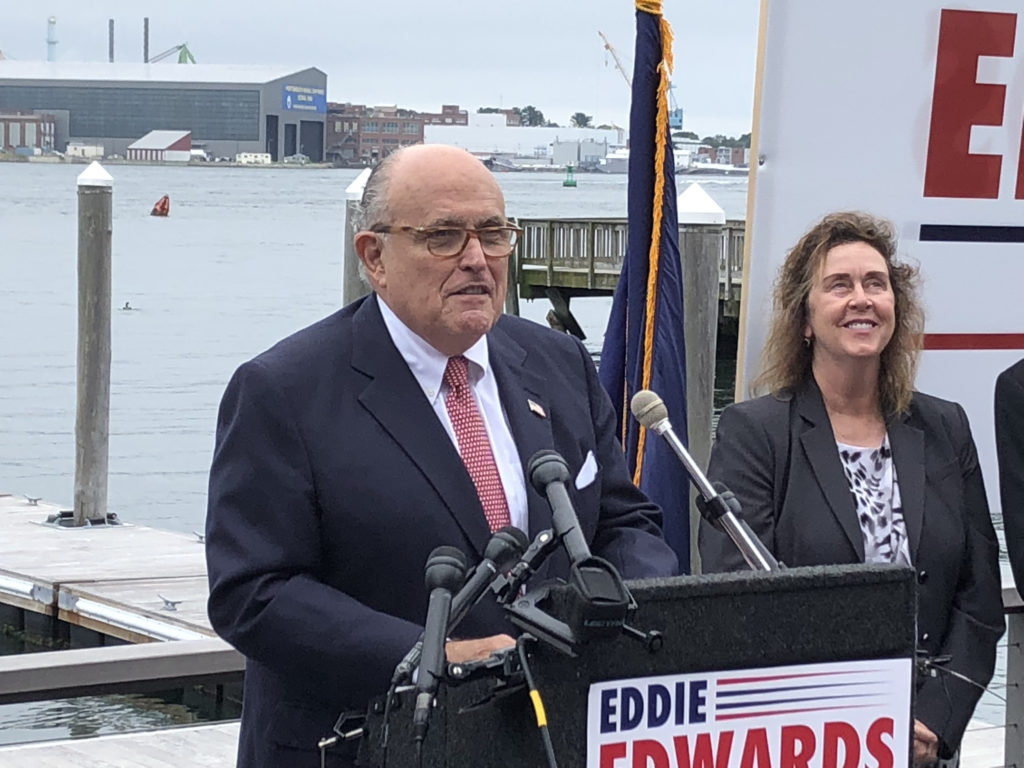 Rudy Giuliani addresses a group of Edwards’ supporters as the candidate’s wife, Cindy, looks on.

Giuliani said Trump “hasn’t made a decision” in the NH-01 race, where both leading candidates are big supporters of the president. He did add, however: “I have no reason to believe he  wouldn’t find [Edwards] to be a terrific candidate.”

UPDATE! On Thursday the Edwards campaign announced he has been endorsed by New Hampshire State Representative Fred Doucette (R–Salem), a co-chairman of President Donald Trump’s campaign in New Hampshire during the 2016 campaign.