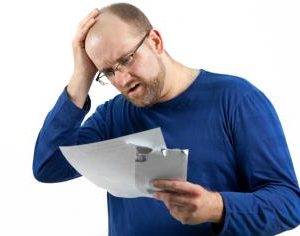 Getting Whacked With Surprise Medical Bills

A family member approached me in outrage.  After months of going to a therapist who he was told was in-network and would be covered by insurance, he received a bill for $2,400.00.

How are working families supposed to handle a “surprise” and unexpected medical bill like this?  Health insurance is difficult enough to afford without receiving outrageous bills like this on top of our increasing premiums and deductibles.

I am by no means an expert on healthcare, but, after extensive research, I have found that these surprise bills are far too common a practice when a patient visits a medical provider who is out-of-network or the insurance company decides to deny an in-network claim. However, patients can’t afford these surprise bills and, quite frankly, it isn’t fair to ask someone who does the right thing and has health insurance to pay still more because an insurance company refuses to pay a doctor.

Dealing with this problem is a no-brainer, but the solution requires some thought.

I have read that many suggest that the simple path is to establish fixed reimbursement rates for out-of-network hospitals and healthcare providers. Like many quick fixes, this will only cause more problems. Rate caps will take away any leverage hospitals and providers have when negotiating with insurance companies, cutting their ability to get fair market value for the care they provide and ultimately pushing them out of business or forcing them to pass on higher costs to other patient care procedures. California went down this path, and it has added to the fact that many rural communities in the state are now suffering doctor shortages that are approaching crisis levels.

On the other hand, New York established a baseball-style statewide independent dispute resolution system to resolve billing issues. An open, transparent process is fair to all parties involved – particularly the patients, who would no longer find themselves in the middle of disputes between an insurance company and a doctor or hospital who provided urgent, possibly life-saving medical care and the insurance company. In two years of existence, New York’s arbitration program has resolved thousands of billing disputes and out-of-network billing has decreased dramatically.  In fact, most reports say it has decreased by as much as 34%.

Like many others, I am happy to see Congress working to solve the issue of unexpected out-of-network medical bills. Our congressional delegation can have some influence.  We need Senator Hassan, who sits on the Senate Committee dealing with this legislation, Senator Shaheen, Congresswoman Kuster and Congressman Pappas to look past the “simple” fix in favor of one that actually works.

Patients need to be protected.  I hope our congressional delegation and the entire Congress does their homework on this issue to stop outrageous surprise medical bills that have sadly hit my family and too many others across New Hampshire.

Howard Pearl, a sixth-generation farmer from the town of Loudon who was recently re-elected to his third term as a state representative.  He wrote this for NHJournal.