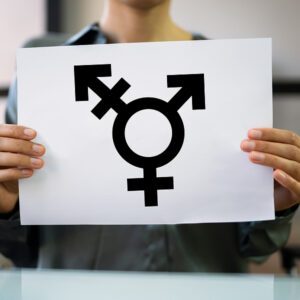 Gender Indoctrination in Public Schools Has Gone too Far

The public school system is overstepping its ground with regard to gender education. It is not the place of public education to “affirm” identities. Even if it were, why are they so razor-focused on gender fluidity and sexuality? What about racial fluidity and people who were born to Caucasian parents but identify as African-American?

Public schools certainly cannot include themselves in questions of religious identity. It is unclear why public education has become obsessed with our children’s gender identity and sexual orientation, even at obscenely young ages.

What is the end game here? Teachers and counselors should promote universal respect and maintain a zero-tolerance policy for bullying of any kind. Other than that, schools need to get out of the business of promoting a political agenda and focus on educating its students.

As part of this world of indoctrination, emails from middle school teachers absurdly include preferred pronouns. When seventh-grade students receive messages about a missing assignment in science, they are not sitting at their computers wondering if they should refer to their male teacher as he/him.

Further, some schools require teachers to ask students on a daily basis about their pronoun preferences. Gender identity activist politicians are codifying these practices into law in many states across the nation.

In Virginia, for example, the Model Policies for the Treatment of Transgender Students in Public Elementary and Secondary Schools document was developed in response to state legislation enacted in 2020. Here again, the need for “affirmation” is hyper-focused on gender identity. But why?

Politicians’ obsession with gender identity steers impressionable children to focus on it intensely as well. Many insecure teens trying on identities and experimenting with gender fluidity for attention are continuously making up their own pronouns.

The students actually suffering an identity crisis are arguably the ones not doing this. Several teachers and counselors are heralding the pronoun generators as heroes and in some cases, encouraging them down a path that leads to sterility. As the gender fluidity craze gives these teens a sense of importance, the movement trivializes the genuine experiences of people suffering an identity crisis — gender, sexuality or otherwise.

The obsessive push for gender theory and sexuality is not only limited to children in schools. Rather, sexuality and gender identity advocacy is spreading its tentacles to toddlers watching Disney films. Disney has announced its intention to drop gendered greetings and “add queerness” everywhere possible to its productions.

Meanwhile, as standardized test scores fall, and the chasm between public and private school education widens — to the most significant detriment of the poor — National Council of Teachers of English published an article (in July 2020) about how to improve education. Sadly, that was not with vocabulary, grammar or writing techniques. Instead, the article is basically a blueprint for how to incorporate sex and sexuality into English classrooms.

Like in Disney films, the reason for the integration of sexuality into all of the curriculum is unclear. Not only is that inappropriate, but the extent to which we are failing to teach basic educational material to our children for the sake of political indoctrination is borderline criminal.

In 2019, as forces I didn’t quite understand began gaining traction in public education, an editor from The Rosen Publishing Group asked me to write a book for the educational market, Coping with Gender Fluidity. While writing the manuscript, I was overwhelmed with sympathy for a transgender teen from the rural area in which I was raised.

This child was born female, and began claiming to be a boy at age 5. He does not have Hollywood A-list, affluent parents, a grooming community, or any incentives for popularity to make those claims. It wasn’t an identity being tried on like a gothic outfit, or simply out of boredom.

Moreover, like many human-interest stories, I found his journey with his parents compelling and heart-wrenching in different ways. I wrote the book for teens like this child, who are genuinely coping with serious identity issues, to better advocate for themselves. That is to say, objections to gender indoctrination in public schools has nothing to do with sympathetic feelings toward this child and others like him.

The role of public schools is to educate children in math, science, reading and writing. National test scores indicate there is much room for improvement on that front. Identity affirmation is outside of public schools’ jurisdiction. Gender theory clergy should not be influencing public school curriculum any more than the Catholic clergy.

Stephanie Lundquist-Arora is a Virginia mother, author of “Coping with Gender Fluidity,” and member of Independent Women’s Network. She wrote this for InsideSources.com.