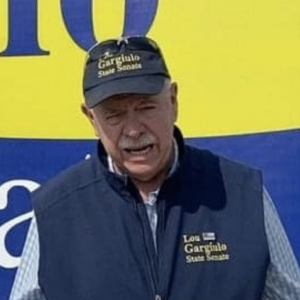 Gargiulo on NHGOP Chairman’s Race: No Decision Until New Year

Hampton Falls Selectman and business owner Lou Gargiulo is considering a bid for New Hampshire state party chair. But he tells NHJournal he won’t decide until after the holidays.

“I will have a final decision by the day after New Year’s. There’s no rush to jump into the race at this point,” he told NHJournal Tuesday.

Gargiulo served as one of Donald Trump’s New Hampshire campaign co-chairs in both 2016 and 2020. In state GOP primaries, he has supported candidates from the MAGA wing of the party like Karoline Leavitt this year and Don Bolduc in 2020. He says if he enters the race, it will be for two reasons:

“First, I recognize the party needs help and effort in fundraising, and I believe I can do that. Second, we need to bring the party together, and that will take a significant effort. Republicans have to have people on the same page to win. It’s time for the infighting to end.”

If there is another potential candidate in the NHGOP chairman’s race, it is a closely held secret. On the other hand, it’s an open secret in Republican circles that Gov. Chris Sununu is less than thrilled by the prospect of Ager becoming party chair. The governor has been making calls urging people to enter the race. But the assumption is Sununu would rather see a more centrist candidate than Ager, not someone from the committeeman’s political right, like Gargiulo.

Asked about Sununu’s attempts to recruit a candidate to challenge him, Ager said he thought it would help his candidacy. “It shows nobody’s going to own me. I’m not anybody’s person. I’m the party’s person.”

As for the possibility Gargiulo might enter the race, Ager had nothing but praise for the Seacoast Republican. “Lou is a great guy. Regardless of what happens, I’d love to work side by side with Lou on behalf of the Republican Party.”

GOP insiders believe if Gargiulo enters the race, he may face an uphill climb. Critics say that while Gargiulo has been very generous with his own money on behalf of the GOP and its candidates, he does not have a track record of raising significant amounts from others.

Gargiulo dismissed that argument. “Look at financial reports. I have been able to raise money from people, even when they know I have the ability to self-finance. And I come from a business environment. I know a lot of other successful businesspeople, the kind of people the party needs to raise money.”

But Gargiulo’s biggest challenge is that when the 505-member state committee meets on January 28, GOP insiders believe Ager will draw support from both the traditional and MAGA wings of the party. Gargiulo will likely have to build a majority almost entirely from the Trump base.

And Ager also serves as chair of the Hillsborough County GOP, the largest county in the state and one with a large Republican population. In neighboring Rockingham County where Gargiulo lives, GOP chairman Jason Grosky says “Chris Ager had been a big friend to Rockingham County. Our last two big events, a breakfast with Sen. Tim Cotton and our Freedom Founders dinner with Vice President Mike Pence, came to be thanks to the work of Chris Ager.”

However, he added, “some backers of Lou Gargiulo are working on his possible candidacy for chair, so we will see if he jumps in.”

If he does, Garguilo said, it will be with both feet.

“If I get in this race, I want to be sure I’m prepared, that I give the time and necessary attention to make sure I do the job right.”