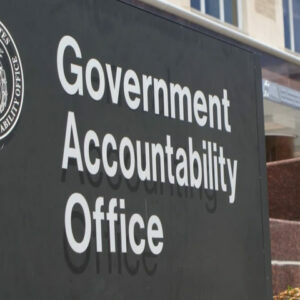 The U.S. Government Accountability Office says the nation’s unemployment insurance system is at “High Risk” for waste, fraud, and abuse following a troubling new report revealing billions of taxpayer dollars have been lost.

One notable exception, however, is New Hampshire, where just a fraction of federal COVID-19 unemployment relief was lost to fraud.

“Based on GAO’s findings—including many open recommendations in this area—GAO has determined that the unemployment insurance system should be added to GAO’s High-Risk List,” it writes. “Leaving these issues unaddressed will heighten the risk of the UI system not meeting fundamental program expectations of serving workers and the broader economy, and may undermine public confidence in the responsible stewardship of government funds.”

The 86-page report found the pandemic exacerbated existing challenges within the Department of Labor’s unemployment insurance system. During that time, the rate of improper payments more than doubled—from 9.2 percent in 2020 to 18.9 percent in 2021.

The Department of Labor reports a total of $873 billion in COVID-related federal unemployment relief has been paid since the pandemic began. It estimates $163 billion has been lost to fraud or incompetence. However, outside experts like Woody Talcove of LexisNexis estimate $250 billion has been lost in improper payments.

But with the GAO reporting that “states have struggled with incomplete reporting of billions of dollars in identified overpayments,” the true level of loss will likely never be known.

Increased identity theft has been named as a leading cause of unemployment fraud in the CARES Act unemployment insurance program by GAO.

But not in New Hampshire where Employment Security Deputy Commissioner Richard Lavers credits “the exceptional job done by the men and women of this department in safeguarding the unemployment program throughout the pandemic” for preventing widespread fraud.

“New Hampshire prevented payment in over 99.5 percent of attempted claims filed using stolen identities. While just over $500,000 in benefit payments did issue to criminals using stolen identities, considering New Hampshire paid over $2 billion in benefits, we feel we successfully kept our eye on the prize and safeguarded this incredibly important, employer-funded system.

At least 149 individuals have pled guilty to defrauding UI programs from March 2020 to January of this year. In March 2021, House and Ways Committee Democrats unanimously rejected an amendment proposed by then-Rep. Devin Nunes (R-Calif.) that would have required states to verify identity and to receive documentation of prior wages of applicants before sending benefits.

“Not only is the system falling short in meeting the needs of workers and the broader economy, but the potential for huge financial losses could undermine public confidence in the stewardship of government funds,” Dodaro said.

The American Rescue Plan Act made it easier for unemployment funds to be accessed without identity verification. In May 2021, the Treasury Inspector General for Tax Administration reported the IRS distributed $13 million in funds from the plan to dead people.

Republicans on the House Ways and Means have responded with the “Chase COVID Unemployment Fraud Act of 2022” (H.R. 8000) which they say would “jumpstart efforts to claw back federal funds and pursue recovery of fraudulent payments by ensuring aggressive identification, investigation, and prosecution of criminal fraud in pandemic unemployment programs.

“Criminal organizations, including international cybercrime rings and opportunistic foreign actors, exploited a national crisis to steal billions from taxpayers. Yet, House Democrats have ignored repeated calls for oversight hearings and continue to turn a blind eye to what is possibly the greatest theft of taxpayer dollars in American history,” the GOP members said in a statement.

One of the committee members, Rep. James Comer (R-Ky.) calls this abuse “the greatest heist of American taxpayer dollars in history.”

Only 2.4 percent of wrongful payments have been recovered.

Lavers is proud of the results in the Granite State but says his agency isn’t getting complacent.

“We know the risk associated with identity theft is not going away any time soon and will continue to grow in complexity and sophistication,” Lavers said. “For that reason, we also continue to improve our systems and tools to protect the unemployment program with the goal of zero payments to anyone other than a legitimate person in need of assistance from the unemployment program after experiencing a job loss.”