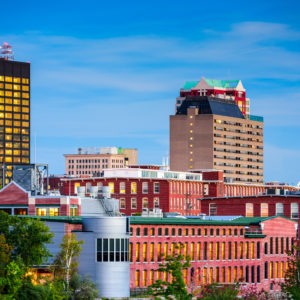 A split has recently emerged in local Republican circles on how to address the Free State Project (FSP) in the lead-up to Manchester’s municipal elections this fall.

On Sept. 13, Granite State Progress (GSP), a progressive political advocacy group, released a list of 13 candidates vying for seats in municipal office in Manchester who are labelled as participants in FSP. The individuals on the list are candidates for positions which include alderman, clerk, selectman, school committee, and moderator.

FSP is a migration movement of 20,000 libertarians to New Hampshire in order achieve the goals of small government and personal liberty.

The GSP press release describes the movement as “ultra-extreme” and said certain candidates were hiding their affiliation with FSP to “fleece Granite State voters into electing them.”

The GSP announcement spurred infighting online between state Republicans about how to address Free Staters in the caucus.

Rep. Dan Hynes, R-Merrimack, in responding to GSP’s list on Facebook, expressed an appreciation for those who support low taxes. This prompted a reply from House Speaker Shawn Jasper, R-Hudson, who countered Hynes by writing he would never vote for a candidate who believes in secession, a critique of Sorens’ original essay in 2001.

Jasper has a history of dealing with FSP opposition during his time in the legislature. Carol McGuire, R-Epsom, is a Free Stater who unsuccessfully challenged Jasper’s reelection bid for the speakership in January.

Terry Pfaff, Jasper’s Chief of Staff, also shared the link to the GSP announcement and wrote FSP’s goals were “detrimental” to New Hampshire’s quality of life.

Manchester Republican Committee Chairwoman Tammy Simmons, who was listed by GSP as an “honorary FSP member,” took exception to the announcement. Simmons emailed State Republican Chairwoman Jeannie Forrester prior to an executive committee meeting to express her frustration with criticism leveled by fellow Republicans. She also said there should be an embrace of policy changes enacted by FSP legislators that fall within the party’s ideology.

Jasper publicly called for the party to distance itself from the movement days after sending Forrester emails where he said “no person who ascribes to the principles of the Free State Project can also be considered to be a Republican.”

Former Rep. Mark Warden, R-Manchester, is a Free Stater who moved to New Hampshire in 2007 from Nevada. He has been a participant in FSP since 2003. In an interview with NH Journal, Warden said criticism of FSP, which has already seen more than 2,000 participants move to the Granite State, is overly broad and puts a wide variety of people in the same box.

Warden said insinuations that FSP could take over the state government or prompt New Hampshire secession were “hyperbolic.” He said criticism of the movement frustrates him, but he realizes it comes from the perceived political threat FSP poses. He said Free Staters running as candidates in the Manchester municipal elections should remind themselves that while they are under scrutiny, they are also making an impact by being mentioned by establishment party leaders in the first place.

“It really shows [the FSP] is part of the political landscape when the speaker of the House posts about it and his chief of staff chimes in,” Warden said.

Warden said he thinks it is unlikely there will be any long term detriment from Jasper’s criticisms of FSP since it is already drawing media coverage to the movement and its ideals. He said there is also the possibility that a future House speaker might be more receptive to FSP-inspired policy goals. He said there have been party leaders in the past who fit this mold, including former House Speaker William O’Brien, R-Mount Vernon, who served in leadership from 2010 to 2012.

Warden was an elected representative from 2010 to 2014 and said that period of time, which coincided with the rise of the Tea Party, was productive for FSP participants to run for public office and get involved. He said while the movement has a difficult relationship with the Democratic Party, it maintains an “ebb and flow” relationship with the Republicans. A self-described civil libertarian, Warden said the state Republican party has historically been welcoming to that philosophy, which accounts for a sizable portion of FSP participants.

Warden said Free Staters in the legislature continue to focus on having a seat at the table with Democrats and Republicans in order to have their voices heard on key policy issues. He said the movement’s relationship with both parties has not deterred Free Staters in the legislature from finding cosponsors and building support to address issues like civil asset forfeiture, decriminalization of marijuana, and tax reform.