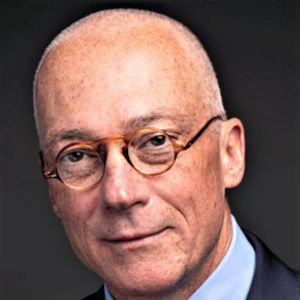 Former NHGOP Senator: If I Owned a Business, I Would Defy Sununu’s Shutdown Order

Former Republican State Senator Dan Innis said on social media Thursday that if he was still in the hotel business, he would defy New Hampshire officials and reopen.

“I’d challenge them to come close me. It’s just insanity, to be given permission to run your business? That just blows my mind.  Who gave the governor the right to decide whether or not we can open our businesses?” Innis said in an interview with NH Journal.

Innis said Gov. Chris Sununu has emergency powers because of a law that was passed in response to the 9/11 terrorist attacks, but there were not enough checks and balances put into place. Innis expects there will be changes to that in the foreseeable future.

Innis was the co-founder of Great Island Inn in New Castle, The Hotel Portsmouth and Ale House Inn in Portsmouth. He is a professor of hospitality management and marketing at the University of New Hampshire and is the former dean of UNH’s Peter T. Paul College of Business.

Innis said he is frustrated because of the way Sununu and state officials are addressing a full reopening of the economy.

Innis said the virus is going to run its course in New Hampshire communities, no matter what.

“When you look at the data, it doesn’t matter if you are closed or not. The infection is running its own course. In New York, 66 percent of hospital patients were those who were sheltering at home. We’ve got to be reasonable and that is what it comes down to. Right now, New Hampshire government does not want to be reasonable,” Innis said.

On Tuesday, N.H. Health and Human Services Commissioner Lori Shibinette said during a news briefing that the state’s economy cannot fully reopen as long as nursing home employees can still pass COVID-19 to those in their care.

“There’s so many data points that we look at to determine when is the right time to start opening up. We all know at this point that COVID-19 has hit our nursing homes harder than any other area of our state and as long as we continue to have outbreaks and significant negative outcomes at nursing homes I’m not ready to say any of that,” Shibinette said of being out of the woods.

According to the May 18 weekly summary report from the N.H. Department of Health and Human Services, 77.9 percent of the state’s deaths were associated with long-term care settings.

Sununu is a likeable guy, Innis said, but he warned that a number of fellow Republicans are struggling with what is happening right now in Concord.

“I hope he’ll start to listen to us,” Innis said. “I’ve been gentle for a week or so, but damn it, it’s going too far. People are just over it and I just don’t know what’s going on in Concord. I don’t know who is listening to who, but we will see.”

Innis is planning to produce a series of podcasts that will run through the election cycle.

Sununu said on Tuesday that he hopes to have guidance for the lodging industry by the end of this week and is planning to make an announcement on Friday.