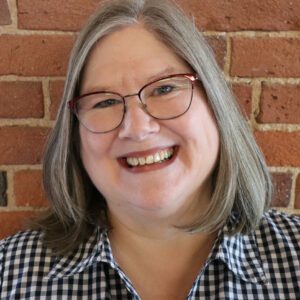 FOLSOM: I Sponsored the Fetal Life Protection Act. Stop Lying About What’s in It.

New Hampshire lawmakers passed the Fetal Life Protection Act last week. The law prohibits abortion at or after 24 weeks, making it the Granite State’s first protection for preborn children at any stage of pregnancy.

I was the prime sponsor of the original bill behind the Act. And I and the other women legislators who sponsored that bill – HB 625 – were humbled and proud to watch as our state finally passed long overdue, basic protections for the preborn.

Over the past week, however, I’ve been saddened to see the egregious, bad faith mischaracterizations that some opponents of the bill have resorted to. At the same time, it’s no wonder why opponents of the Act have felt compelled to resort to these lies.

Democrats, both in New Hampshire and around the country, are increasingly unashamed about the fact that they oppose any restrictions, whatsoever, on abortion up to the moment of birth.

Elected Democrats in New Hampshire have opposed every single late-term abortion ban for years, regardless of the specifics of the bill. Consider HB 1680: a 2018 bill that tried to ban late-term abortion without any ultrasound requirement – or even without any criminal penalties for doctors. The bill also contained every kind of exception that Democrats could possibly want.

Still, only four Democrats in the House voted in favor of that bill.

About a week ago, New Hampshire Democrats seem to have realized their blatant abortion extremism was not resonating with voters. Instead, they have suddenly fixated on the Act’s ultrasound requirement as a pretext for their opposition. But whatever they say now, those who have followed the abortion debate in New Hampshire know the truth about the real reason for their opposition.

Actually, until about a week ago, one major criticism of my bill was that the ultrasound requirement was redundant, as our state’s abortion clinics already perform an ultrasound before every abortion. The Lovering Health Center in Greenland, for instance, recently told NHPR that they already do ultrasounds before abortions, as ultrasounds are necessary to make sure that patients “are in a safe place to have an abortion.”

But that was before someone – presumably Planned Parenthood – sent out a memo to pro-abortion advocates around the state. Overnight, abortion advocates in New Hampshire have changed their tune and begun to characterize routine ultrasounds as new, extreme, bizarre, and costly procedures.

Some of my opponents have even spread the deliberate lie that the bill mandates “transvaginal” or “vaginal penetration” ultrasounds. This is yet another false claim.

I knew that Democrats in New Hampshire disagreed with me on this critical moral issue. But I admit I had no notion of how many of them would engage in cynical and calculated lies to attack a policy they opposed.

The reason for the Act’s ultrasound requirement is simple. If we are going to have a workable 24-week abortion time limit, there must be a mechanism for finding out the child’s age when it is otherwise unclear.

Remember that, until a short time ago, my critics unanimously agreed with me that pre-abortion ultrasounds are already routine. By itself, this shows that an ultrasound requirement will not have the significant impact on abortion access or cost that Democrats and some in the media are suddenly claiming.

Again: even if an early-term abortion were performed without an ultrasound, there would be no criminal penalties under the Act. The politicians and media sources who are telling you differently are either unaware of the law or intentionally trying to deceive you.

And the Act certainly does not mandate “vaginal penetration” — a piece of political propaganda so unashamedly malicious that it is saddening to hear it in New Hampshire.

I know that it would serve little purpose to call on opponents of this Act to tell the truth. But I do call on the media to stop reporting the uncontested claims of abortion extremists as fact. Democrats have been allowed to distort the real nature of this debate for too long.

Rep. Beth Folsom is a Republican representing Wentworth in the NH House of Representatives. She wrote this for NHJournal.com.