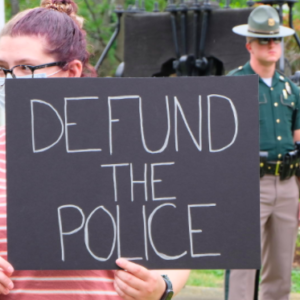 It took less than 24 hours for the two Democrats vying to take on Gov. Chris Sununu to agree to Black Lives Matter’s demands on police reform and criminal justice. That list includes prisoner releases, expunging criminal records and closing the demographic gap on race and incarceration.

A day after Black Lives Matter Nashua, and its sister organization in Manchester released, their “set of 7 demands aimed at Governor Sununu, state Sen. Dan Feltes and Executive Councilor Andru Volinsky,” the two Democrats on the list had already tweeted out their support. 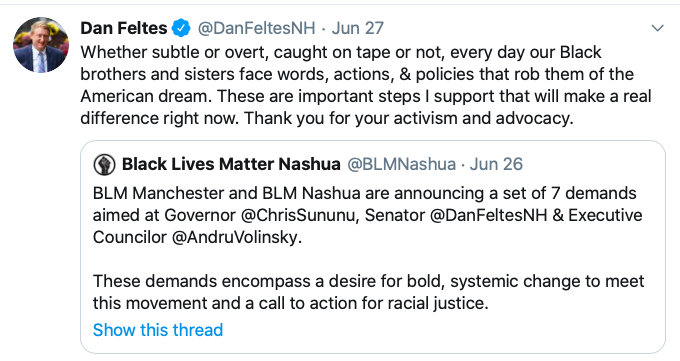 “Whether subtle or overt, caught on tape or not, every day our Black brothers and sisters face words, actions, & policies that rob them of the American dream. These are important steps I support that will make a real difference right now. Thank you for your activism and advocacy,” Feltes tweeted.

He followed up the next day with a pledge to “establish a new racial equity office to begin addressing injustice and ensuring representation in our state government. There are many steps we must take to address systemic racism, and this is just a start.”

Volinsky, still dealing with the fallout of his treatment of two African-American nominees to state boards that BLM members have described as “racist,” was even more aggressive. After quickly tweeting out his endorsement of the list, Volinsky followed up with a lengthy statement embracing the demands and expanding on them. 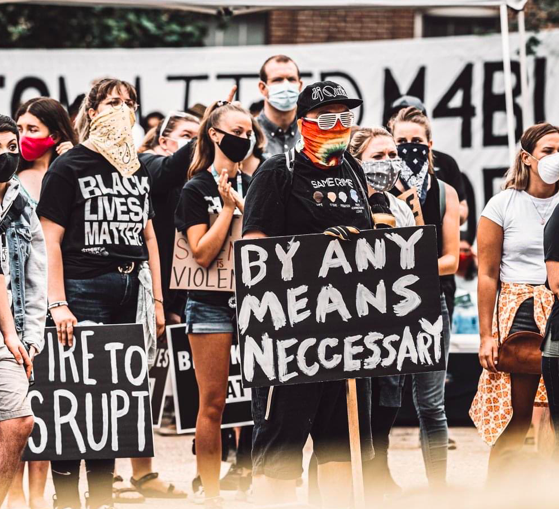 “Despite our reputation as a state with little diversity, we are blind if we don’t understand that New Hampshire has many of the same problems and afflictions that plague other states with larger Black and Brown populations: police violence, discrimination in the workplace, over-incarceration, disproportionate health outcomes, including those resulting from the impact of COVID-19, housing discrimination, underfunded public schools, and a societal burden from hundreds of years of systemic racism that invariably alters the day-to-day life of Black and Brown Granite Staters,” Volinsky wrote.

Volinsky pointed out that “as an Executive Councilor, I have repeatedly led the effort to offer pardon hearings to applicants,” part of his support for both releasing all non-violent cannabis offenders (including large-scale dealers) and expounding their records.

“I often have been rebuked in this effort by the governor, by other Councilors and by interest groups, but it was the right thing to do and I shall continue to seek relief for incarcerated persons.”

Releasing prisoners early and letting drug dealers re-enter society with no record of their crimes may be politically popular among Democratic primary voters, but thus far Republican Chris Sununu hasn’t jumped on the bandwagon. As of Monday night, he had not responded to BLM’s demands, a fact the organization has noted.

Sununu was a no-show at Saturday’s BLM “Day of Action” event in Concord, inspiring chants of “Where’s Chris?” from the crowd. On Twitter Monday, BLM Nashua wrote: 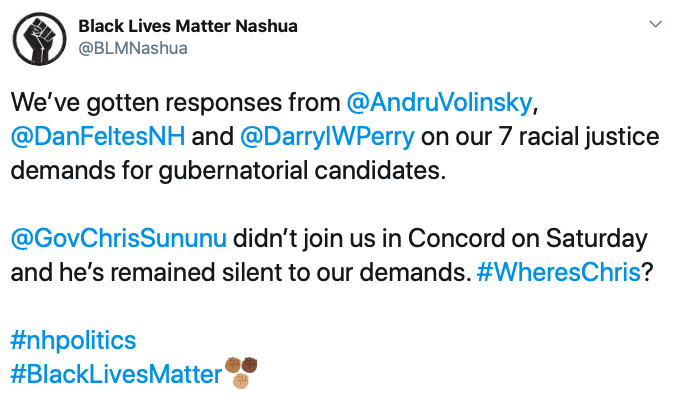 “Back in 2017, long before the current movement, he formed the Civil Rights Unit in the state Department of Justice,” Lang told NHJournal. “He formed the Commission on Law Enforcement weeks ago, with a tight timeline to actually take action. They talk about a Civilian Oversight Board, well, we’ve got civilians on the Police Standards and Training Council already.”

As for the BLM’s demands: “Hostage takers make demands. Reasonable people talk,” Lang says. “Our Governor is way ahead of those guys, and they are just playing catch-up.”