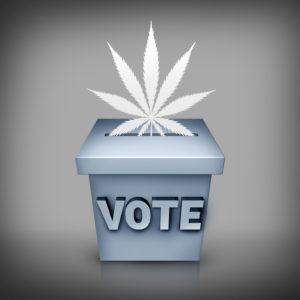 A day after changing his position on a high-profile death penalty case, Democrat Sen. Dan Feltes made another big move on the law-and-order front, embracing a former foe’s entire pot legalization platform. It’s a move N.H. political insiders see as designed to energize his party’s progressive base and quiet criticism over his change of heart on capital punishment.

Unfortunately for Feltes, it comes at a time when polls show law and order issues continue to play a major role in New Hampshire politics.

While Feltes has long supported pot legalization, he hadn’t staked out as aggressive a position as his Democratic primary opponent, Executive Councilor Andru Volinsky.

“Councilor Volinsky has led on this critical racial justice and economic issue, and I’m happy to add his progressive marijuana legalization plan to our platform,” Feltes said Monday.

And so Feltes adopted the entire Volinsky platform, including pot sales in the state’s liquor stores to people 21 and older, and decriminalizing pot possession by 18 to 21-year-olds.

“I welcome his leadership on the issue,” Matt Simon, New England political director of the Marijuana Policy Project, told NHJournal. “Details will need to be worked out with the legislature, but it would be crazy for New Hampshire to remain an island of prohibition surrounded by states where cannabis is legal for adults.”

The Sununu campaign has a different take.

“Governor Chris Sununu’s administration has been more progressive on the issues surrounding marijuana reform than any other Governor in New Hampshire history,” they said in a statement. “After years of inaction by Democrat Governors, Chris Sununu signed commonsense decriminalization, expanded access to medical marijuana, and provided a pathway to annul old convictions for marijuana possession.”

Two weeks ago, Sununu made law enforcement issues front and center in his attacks on Feltes, calling the senator out for supporting the commutation of cop killer Michael Addison’s death sentence. Sununu also noted that NextGen America, which has aggressively pushed the #DefundThePolice movement, endorsed Feltes.

And sources close to the campaign also raised the marijuana issue as a law-and-order dividing line between the two candidates. “Sununu supports the death penalty for cop killers, Dan doesn’t. He opposes legalizing marijuana, Dan supports,” a source said.

Now Feltes is embracing the legalizing pot issue, and framing it as part of criminal justice reform.

“The criminalization of marijuana has been a disaster, especially for communities of color, who are disproportionately likely to be arrested for marijuana possession, even though white Americans use marijuana at the same rate. When we beat Chris Sununu we will finally move forward on commonsense marijuana policy,” he said Monday.

It’s a direct appeal to Black Lives Matter and its supporters, many of whom were disappointed by Feltes’ flip-flop on the death penalty case. “He had to do something to get #BLM off his back,” one NHDem activist told NHJournal. But how does that help get swing voters to back Feltes?

And this is the Feltes quandary: While he needs his progressive base energized, he also needs to get independents — and even some of his fellow Democrats — on board, too. Close to 10 percent of voters in the Democratic primary last Tuesday either didn’t vote for either gubernatorial candidate or wrote in Gov. Chris Sununu.

Are people who weren’t willing to vote for Andru Volinsky really going to vote against Sununu over the pot issue?

It should be noted that neither the Democrats’ presidential candidate former Vice President Joe Biden nor U.S. Sen. Jeanne Shaheen — who top the Democrats’ ticket in November — support pot legalization. It is, however, part of the N.H. Democratic Party’s state platform and, according to UNH polling from 2019, supported by nearly 70 percent of Granite Staters — including 66 percent of Republicans.

But among older voters, the support is significantly lower. And older voters are among the most likely to be concerned about law and order.

Not to mention among the most likely to vote.