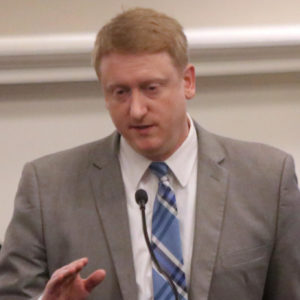 Feltes’ Fundraising Falls Behind as Volinsky’s Progressive Campaign Pays Off

That’s the headline from a news release from Sen. Dan Feltes’ campaign Wednesday afternoon touting the good news that he’s broken the million-dollar fundraising mark in the Democratic gubernatorial primary.

The bad news is that both Gov. Chris Sununu and fellow Democrat Andru Volinsky outpaced Feltes’ fundraising in the latest filing period. In fact, not only is Feltes trailing the current field, he’s got less cash on hand (COH) than the two previous Democratic nominees had at this point in their campaigns.

“This election is about how we rebuild from COVID in a way that looks out for everyone. Senator Feltes has spent his entire career looking out for working families and building an economy that works for everyone. With over a million raised, it is clear that our message is resonating with Granite Staters,” Feltes campaign manager Nick Taylor said in a statement.

“We were so proud to have smashed the record for number of contributors to a New Hampshire governor’s race back in June—and we are only adding to the record with over 11,700 contributors right now,” said Volinsky campaign manager Irene Lin. “To put that in perspective, Governor Chris Sununu had only 2,483 total contributors for his entire campaign in 2018, which relied heavily on LLC real estate money and corporate PAC donations, which Andru has refused from the very start of his campaign, the only candidate for governor who made that commitment.

“With recent major endorsements from NEA-NH and SEA/SEIU Local 1984 and polling showing Andru as the best candidate to take on Chris Sununu, it’s clear the momentum is on our side,” Lin said.

Both Kelly and Van Ostern lost to Chris Sununu in their general elections.

Feltes’ campaign attributes the lower COH number compared with previous candidates to the fact that, unlike Kelly and Von Ostern, they’re already on the air with TV ads.

“No press conferences or photo-ops can hide that under Chris Sununu’s mismanagement, vetoes, and no-bid contracts, everyday Granite Staters are struggling, while those at the top and corporate special interests are doing just fine. Sununu calls himself a ‘Trump guy through and through’ and continues to live up to his own words each and every day,” Taylor said.

No matter who the party nominates, Democrats face an uphill fight for the governor’s office. Not only does Sununu have an approval rating of 56 percent in the latest UNH Granite State Survey, his campaign has raised $1.34 million and has $776,000 cash on hand.

“Given the recent polling we have seen, and the fact that Andru Volinsky raised more money this fundraising period than Dan Feltes, perhaps Dan should spend less time on his couch daydreaming about challenging Chris Sununu in November and instead focus on trying to win his September primary,” said Sununu campaign manager Paul Collins.

While Feltes has run the kind of not-quite-as-liberal campaign that has worked in most N.H. Democratic primaries, Volinsky’s embraced the role of the progressive champion, backing the Green New Deal and refusing to take The Pledge to reject broad-based sales or income taxes. Instead, the executive councilor is openly suggesting that an income tax could be part of a plan to deliver his promised property-tax relief.

Democrats are reluctant to speak on the record about the primary, but several NHDem activists have told NHJournal they believe Volinsky has the message that matches the progressive moment.

“Feltes is trying to beat something with nothing,” one longtime Democrat told NHJournal. “Volinsky has the message, so Feltes needs the money. This isn’t a good report for Dan.”