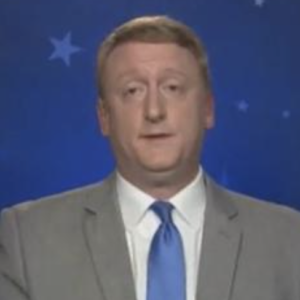 Feltes Flips on Commutation for Cop Killer: ‘I Would Negate That Vote’

A day after NHJournal asked if law-and-order issues were hurting Democratic candidates in New Hampshire, the party’s nominee for governor reversed his position on commuting the death penalty for a convicted cop killer. 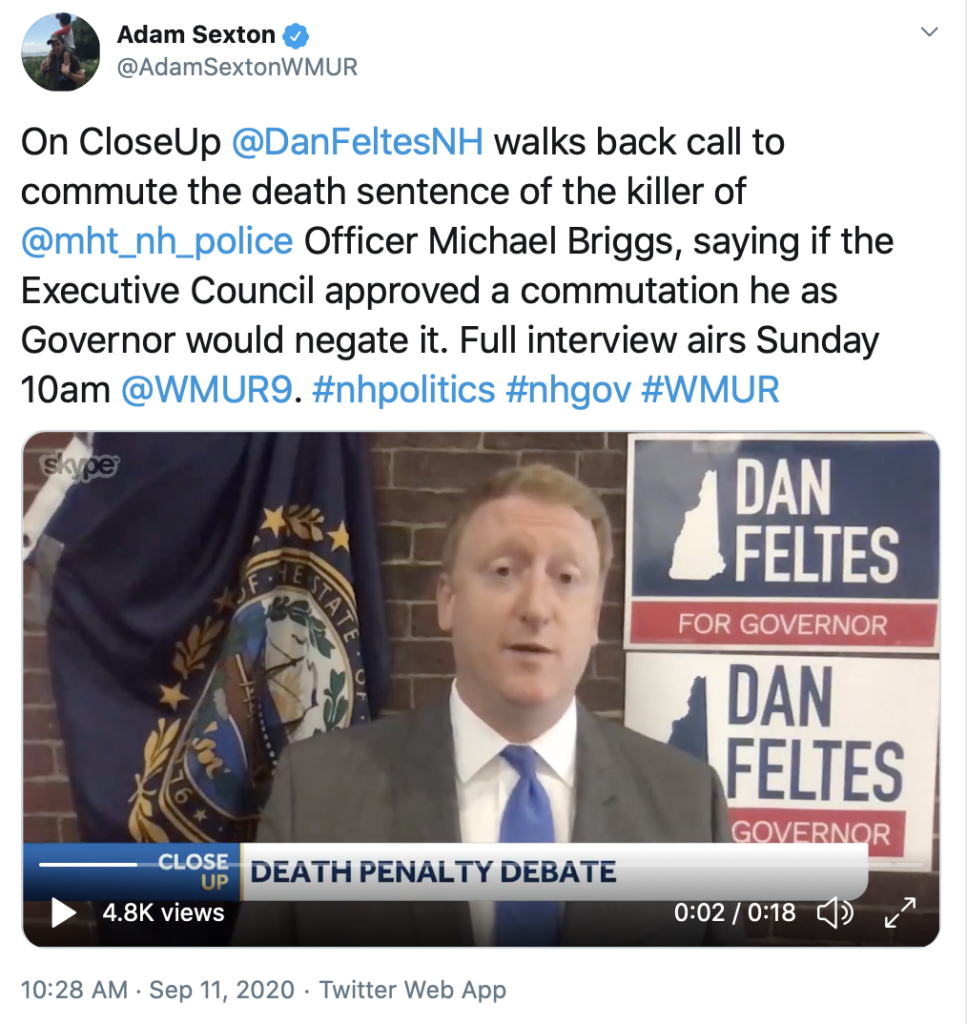 But in an interview with WMUR’s Adam Sexton released Friday, Feltes said he would not commute Addison’s sentence.

“What I said during the debate is we ought to move forward with the commutation process,” Feltes claimed on Friday. “Any first-time commutations petition should have a process. In this particular situation, with the facts that we know, I highly doubt the executive council would vote to commute. But if they did, I would negate that vote.”

In fact, Feltes explicitly said during the debate would commute Addison’s death sentence, not merely support the process.

Feltes’ opponent Executive Councilor Andru Volinsky was asked by WMUR what he would do as governor regarding the Addison case.

“If the council voted to commute Addison’s sentence, I would approve that,” Volinsky said.

Feltes’ answer: “I agree with Andru, and that process — look, put it before the council. We repealed the death penalty. If the council voted to do that, we would move forward with that.”

During the full WMUR interview, which aired Sunday, Feltes claimed that he had never endorsed commutation, merely that he supported the review process (“Any first-time commutation petition should have a process.”) He then went on to accuse Gov. Chris Sununu of rejecting that view.

“The problem here is Chris Sununu says we shouldn’t go through a process. Setting this data for possible litigation because he doesn’t even think a commutation petition should have a process. That’s not right. Either he does not know the law or he thinks he is above the law,” Feltes said.

In fact, Sununu has never commented on the process, merely the outcome: “I stand with law enforcement and the citizens of Manchester. I stand with the citizens of the state who say commuting the death sentence of a cop killer is the wrong thing to do.” 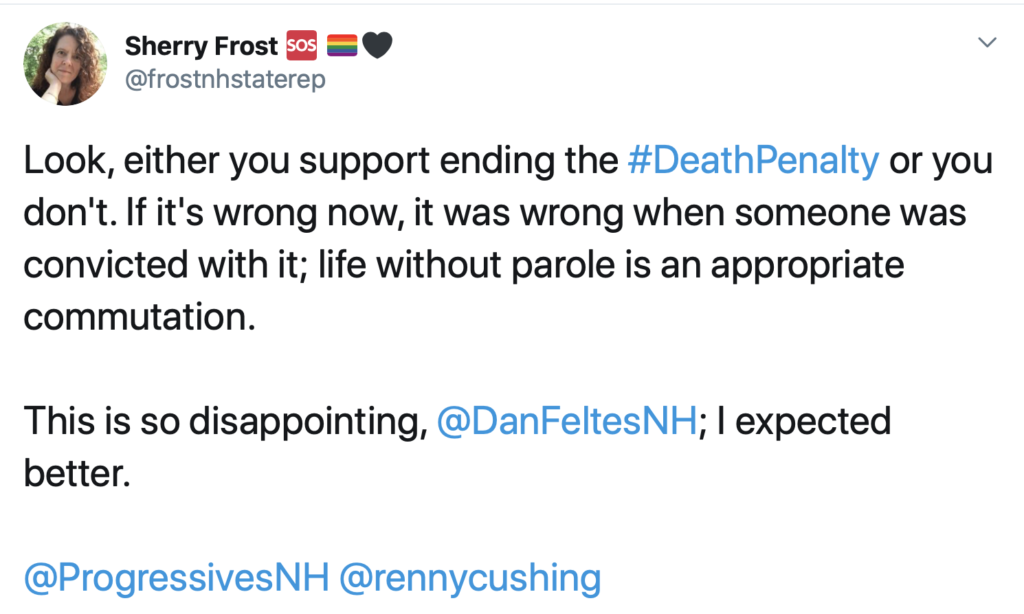 And Greg Moore, head of the conservative group Americans for Prosperity-New Hampshire tweeted, “Certainly makes one wonder how solid his commitment is on The Pledge, given a) his willingness to reverse his positions so thoroughly and b) the fact that he’s championing a tax on wages already.”

The latter is a reference to Feltes’ paid family medical leave plan.

Feltes’ change of heart came after he received the endorsement of the N.H. Troopers Association, sparking speculation that the move was part of a political deal with the law enforcement group to get their backing.

The Feltes campaign has yet to respond to the accusations, or the reaction from the party’s progressive wing.