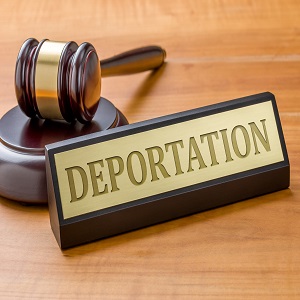 A federal judge in Boston determined she had jurisdiction over an Indonesian immigrant seeking release from detention but did not decide on the broader jurisdiction regarding another 46 immigrants facing deportation.

Judge Patti B. Saris, chief justice of the U.S. District Court in Boston, determined on Friday she had jurisdiction over Terry Rombot’s appeal for release. Rombot is an Indonesian immigrant who has been living in Dover and is one of the focal points in the case of Devitri v. Cronen.

Saris declined to address the larger issue of jurisdiction regarding the motion to reopen the files for the non-detained Indonesians. Saris, however, did not rule out the possibility of addressing the issue in the future.

In August, Immigration and Customs Enforcement (ICE) notified 23 Indonesians illegally living in New Hampshire they would be deported within the month. The number eventually grew to 47 Indonesians, who had previously lived in the state after agreeing to surrender their passports and appear for routine ICE check-ins. This deferred deportation arrangement between Indonesians and ICE came into effect in 2012, the same year the Obama administration implemented the Deferred Action for Childhood Arrivals (DACA) program.

In September, Saris issued a temporary halt to the deportation proceedings in order to determine if she had jurisdiction on the issue.

The American Civil Liberties Union (ACLU) and Nixon Peabody LLP have represented the Indonesians in court since the arrests occurred. The New Hampshire chapter of the ACLU did not respond to request for comment on this story.

Nathan Warecki is a lawyer in the Manchester office of Nixon Peabody who has worked closely on the case alongside Dan Deane, Sydney Pritchett, and Ronaldo Rauseo-Ricupero. In an interview with NH Journal, Warecki said the hearing served as an opportunity for Saris to address a number of issues, including whether the court had the ability to hear the claim.

The government has argued the court doesn’t have jurisdiction because of an existing administrative law process which handles the reopening of removal cases in order to seek relief from persecution. According to Warecki, the administrative process remains in place but the program protecting the Indonesians ended in a manner which deprived them from participating in the process.

There is an additional argument about whether the case meets the standard of persecution under federal law. Thousands of Indonesians immigrated to the U.S. in the late 1990s as Christian refugees from the Muslim-majority country. Advocates fear if the Indonesian Christians are deported, they will be at risk of violent retribution from Muslims when they return.

He said this is a process which typically lasts six to 12 weeks, though it could be longer since most of these immigrants have been in the U.S. for over a decade. Saris requested a timeline from the government on how long it will take to compile the complete immigration files for all 47 individuals facing potential deportation.

Warecki said the ACLU and Nixon Peabody acknowledge the case falls in a marginal but important aspect of law, which increases the importance of ensuring their approach harmonizes with cases of precedent.

“I’m encouraged by the judge’s comments on understanding the hurdles that our clients are going to face filing motions to re-open,” Warecki said. “It was encouraging that she understood the humanitarian nature of the program that started this whole thing and that these folks as a group deserve due process. We have a lot of work to do on our end to make sure people get their files in order, reopen their files, and get their relief.”

New Hampshire’s all-Democratic congressional delegation has served as an advocate for the Indonesian community in the state during recent years. Sen. Maggie Hassan, Rep. Carol Shea-Porter, and Rep. Ann Kuster did not respond to a request for comment on this story.

“Today’s recommendation by Chief Judge Saris underscores very important point: ICE can and should show discretion to Indonesian community,” Shaheen said. “Deporting Indonesian community members would be knowingly putting them in harm’s way. Chief Judge Saris is correct – ICE must consider humanitarian consequences of deportation. I will continue to call on the Trump Administration to show discretion & allow our community members to remain safe in [New Hampshire.]”