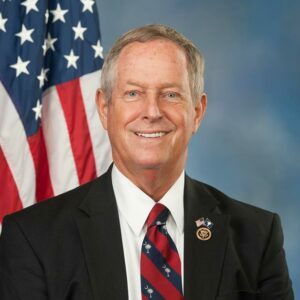 Posted to Politics February 17, 2021 by NHJOpinion

President Obama’s lead-from-behind policies in the Middle East only created a legacy of chaos, instability, and destruction in the region that threatened Israel. The Iranian regime, which provided the IEDs to kill Americans in Iraq and Afghanistan, was given the green light to expand its reach into Iraq, Syria, and Yemen, enabling Iran to transport its militias all the way from Tehran to the southern border of Israel.

The Iran Nuclear Deal gave the largest state-sponsor of terrorism $100 billion, which it used to support the brutal regime of Bashar-Al-Assad and extremist groups like Hezbollah. The Obama administration did nothing to stop Assad’s killing of his people, which created conditions for terrorist groups like ISIS to emerge.

I am deeply concerned that we are returning to the failed policies of the Obama administration as President Biden establishes a team comprised of the same people whose work led to these problems in the first place: Robert Malley, Brett McGurk, and Colin Kahl. Robert Malley, Biden’s choice for Special Envoy to Iran, has a history of troubling comments and policies regarding the Iranian Regime.

It was Malley who spearheaded Obama’s failed policy of working with Iran in the region, including the failed Iran Nuclear Deal, turning a blind eye to Assad’s atrocities, and working with Iranian militias in Iraq to fight ISIS. Malley’s approach is backward as he believes in alienating our allies in the region Israel, Saudi Arabia, UAE, Qatar, Jordan, and Turkey, while strengthening our adversaries, Iran, the Assad regime, Hezbollah, and Houthi terrorists.

Malley argues his approach to Iran is rooted in diplomacy and preventing conflict, but his deal with Iran escalated regional tensions and increased resources available to terrorists. The Iran Deal led to more instability as missile development continued, exposing the regime’s clear intent for intercontinental nuclear use to vaporize American families. Militias thrived throughout the region, and destabilization grew in Iraq, Syria, Lebanon, and Yemen. On the other hand, President Trump’s successful Maximum Pressure Campaign forced Iran to reduce its defense budget by over 25 percent, starving Hezbollah of resources.

Brett McGurk and Colin Kahl share Malley’s unrealistic approach to the Middle East. McGurk, President Obama’s Special Envoy to fight ISIS, was the architect of the strategy to work with Iranian-backed militias in Iraq in the fight against ISIS. He also pushed an approach with regard to Syria that turned a blind eye to the atrocities of the Assad regime and purposefully avoided working with moderate Syrian Opposition forces in the fight against ISIS. Kahl, who opposed the American Embassy relocation to Jerusalem, also criticized President Trump’s efforts to pursue Iranian proxies and put pressure on the brutal Assad regime.

This failed strategy in Syria and Iraq created the conditions for the sectarian violence and polarization that led to the rise of ISIS in the first place. The Obama administration did not understand what should have been common sense, it is never a good strategy to work with some terrorists to fight others. Returning to these bizarre, failed policies of the past will endanger Israel and sow the seeds of long-term catastrophe in the region by strengthening Iran and setting the stage for the return of ISIS.

It is disappointing that President Biden failed to learn anything from the last four years. As the Ranking Member of the House Foreign Affairs Subcommittee on Middle East, North Africa, Global Counterterrorism, I will do everything in my power to reinforce our alliances and to stand for policies based on peace-through-strength.

Rep. Joe Wilson has represented South Carolina’s 2nd congressional district since 2001. He wrote this for InsideSources.com.