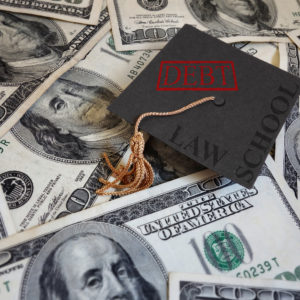 As President Joe Biden prepares to announce his plans for some sort of taxpayer bailout for college debt holders — and Granite State Democrats continue to dodge questions on the topic — some voters are struggling to find the facts about the basic math and economics of this policy.

So what are the facts? Here are some basics:

According to a new analysis released Tuesday by the Penn Wharton Budget Model, a nonpartisan group at the University of Pennsylvania’s Wharton School, absorbing student loan debt could cost as much as $900 billion.

Penn Wharton estimated that a one-time forgiveness of $10,000 per borrower would cost about $300 billion if the policy is limited to individuals with incomes less than $125,000. That’s the proposal being floated by the White House and supported by Sen. Jeanne Shaheen.

If the income limits are lifted, that cost rises to $344 billion. And if Biden chose to follow the guidance from Sen. Elizabeth Warren and write off $50,000 per borrower, that taxpayer tab would jump to $980 billion.

The total outstanding federal college loan debt is around $1.7 trillion.

Penn Wharton also reports that “between 69 and 73 percent of any debt forgiven would accrue to households that are in the top 60 percent of income distribution in the U.S. Part of the reason is that fewer than four in ten Americans have a college degree. Another reason is that more affluent families are more likely to send their kids to college.

And a recent report from the University of Chicago’s Becker Friedman Institute for Economics shows that canceling student loan debt would send nearly $6 in relief to the top 20 percent income earners for everyone $1 that went to the bottom 20 percent.

The Debt Burden Will Be Back In Four Years.

According to the Committee for a Responsible Federal Budget (CRFB),  pouring hundreds of billions of tax dollars into the college borrowing debt fire won’t tamp down the flamers.

“We estimate that absent other reforms in federal financial aid, outstanding federal student loan debt would return to the current $1.6 trillion level relatively soon after cancellation,” the CRFB writes. “With conservative assumptions, we find debt would return to [current levels] four years after $10,000 per borrower was canceled.”

And as liberal U.S. Senator Patrick Leahy (D-Vt.) said on Fox News Tuesday night, colleges and universities can be expected to raise their prices in order to absorb the billions in new federal dollars pouring into the system.

There is no “Presidential Student Debt Forgiveness” Act, and any legislation is unlikely to get 60 votes in the U.S. Senate (even a majority in the House is in question). So where did Biden get the authority for a presidential college loan pardon?

According to most knowledgeable sources, he doesn’t have it. “People think that the President of the United States has the power for debt forgiveness,” Speaker of the House Nancy Pelosi said last year. “He does not. He can postpone, he can delay, but he does not have that power.” Pelosi argued that student loan forgiveness can only be accomplished through “an act of Congress.”

The federal Department of Education explored the question and it also found that the executive branch lacks the power to absorb these debts from borrowers.

If President Biden declared a one-time debt wipeout, it will almost certainly be blocked by courts. That leads many observers to suggest this is a political stunt ahead of the midterms, not an education policy.

Yes, There Really Is a Plan to Let Borrowers Who Are In Default Borrow More Federal Dollars.

It’s called the “Fresh Start” initiative, and it would give about 7.5 million people who took out loans but haven’t been making their payments to have another year, after the COVID “emergency” ends, to work out some payment arrangement without any payments or penalties due. Their credit record would be scrubbed and, as the Washington Post reports: “Defaulted borrowers also will regain access to federal student aid. The department typically bars such borrowers from taking out new student loans, but the administration is easing the restriction to help people complete their education.”

“If these individuals were unable to pay back their loans the first time they borrowed, how will giving them access to more debt help?,” said Rep. Virginia Foxx (N.C.), the top Republican on the House Education Committee. “This is a terrible gamble — one for which taxpayers will end up paying the price.”