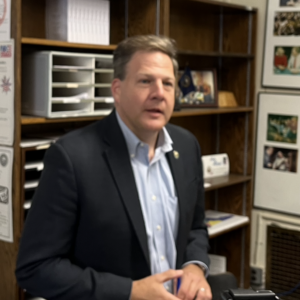 The headline at left-leaning InDepthNH reads, “Questions raised about donation from Gunstock to Sununu’s 2020 campaign.”

So, what is the deal with the $500 campaign donation from the Gunstock Area Commission (GAC) to Gov. Chris Sununu’s 2020 campaign?

The answer, according to experts on New Hampshire election law, is “not much.”

Sununu actually received two campaign donations made to the Friends of Chris Sununu from the Gunstock Area Commission, one for $500 to his 2020 campaign and another to his 2022 re-election bid of $1,000. His opponents have suggested the money — approximately 0.07 percent of the $1.9 million Sununu raised for the 2020 campaign — may have influenced his behavior toward the county-owned facility.

Leaders in the New Hampshire Democratic Party suggested Sununu broke the law, or at least created the possibility of criminal action, by accepting the GAC donation. Gunstock is owned by the people of Belknap County and operated by the management team hired by the commissioners. The commission is appointed by the members of the county’s House delegation, led by Sylvia.

“Gunstock is publicly funded by Belknap County taxpayers, and if Sununu were to have used that public funding for his 2020 gubernatorial campaign, that donation could be in violation of campaign finance law,” the New Hampshire Democratic Party said in a statement.

Sununu’s team, led by campaign advisor Paul Collins, has maintained from the beginning the allegations were nonsense.

“Under state law, a contribution from the Gunstock Area Commission is not a prohibited political contribution and the Friends of Chris Sununu did nothing wrong in accepting a contribution,” Collins said.

RSA 664:4, which lays out what counts as an illegal campaign donation, backs up Collins’ statement. New Hampshire bans contributions from business partners and labor unions, and it limits individual contributions to no more than $5,000. Candidates are also limited to giving $10,000 to their campaigns.

As one longtime GOP strategist who worked on many campaigns told NHJournal on background, “We have so few campaign laws in New Hampshire, it’s almost impossible to illegally accept a contribution.”

On the question of whether the GAC violated the law by making donations, the enabling legislation that created Gunstock explicitly says the commission has the power to “solicit, receive, hold, and expend any gifts, grants, or donations from any source made for any purpose set forth in this act.”

According to Assistant Secretary of State Orville “Bud” Fitch, the secretary of state’s elections legal counsel, if there is any other law in question, that is a matter for the attorney general. Fitch said any enforcement of the RSA 664 comes from the New Hampshire Attorney General’s Office.

So far, Attorney General John Formella’s office has been silent on the question of the campaign donations.

“At this time, the Attorney General’s Office will not be commenting on ongoing matters involving the Gunstock Area Commission, as the New Hampshire Department of Justice has recently received various pieces of information regarding Gunstock that we are currently reviewing to determine appropriate next steps,” said Michael Garrity, director of communications for the New Hampshire Department of Justice.

Gunstock is the largest employer in the county and a major economic driver for the whole region. The facility was in danger of not being able to open in the winter if the team did not return to their jobs.