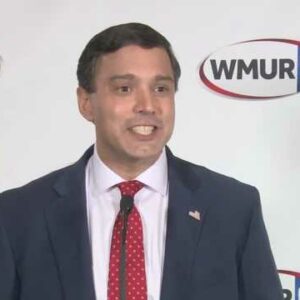 That is the finding of an exclusive real-time survey of likely GOP primary voters conducted for NHJournal by the polling and data firm co/efficient during the debate. While the survey is not a poll, it is an interesting glimpse into the minds of a random sample of 132 Republicans who watched their party’s candidates face off in the only forum on statewide television. 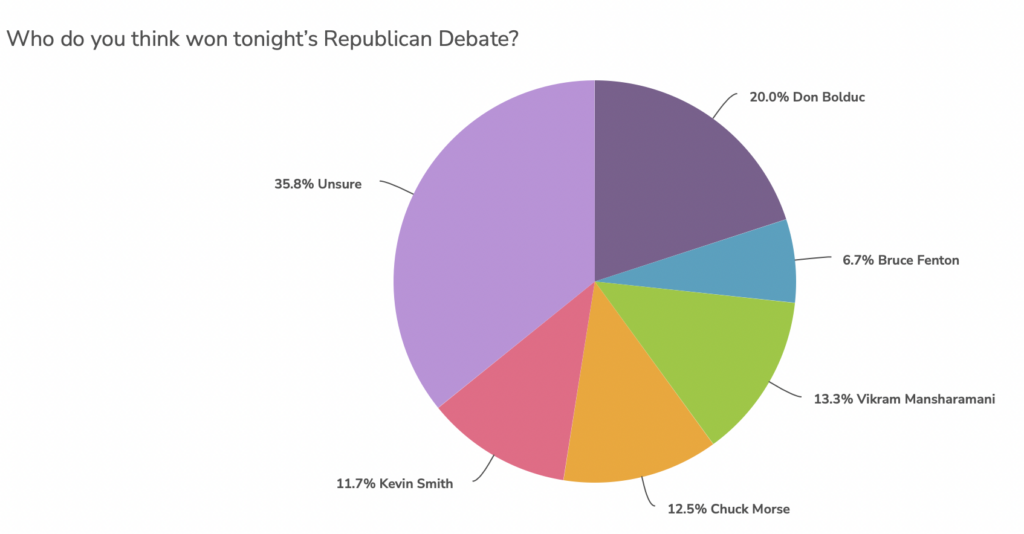 NHJournal offered a random set of likely GOP primary voters the opportunity to give their real-time reactions via text message during the debate. The trend was clear: Retired Gen. Don Bolduc’s support slipped, while state Sen. Chuck Morse — who had just been endorsed by popular incumbent Gov. Chris Sununu hours before– remained flat.

“We were able to capture real-time reactions to the debate among Republican primary viewers,” said Ryan Munch of co/efficient. “While not a scientific poll, it is a real reflection of the impact the event had on voters who tuned in. Most notably, the shift in support from the opening of the debate to the end was measurable, with Bolduc dropping by more than 15 percent and Mansharamani and Smith gaining significantly as many voters were hearing from them for the first time.” 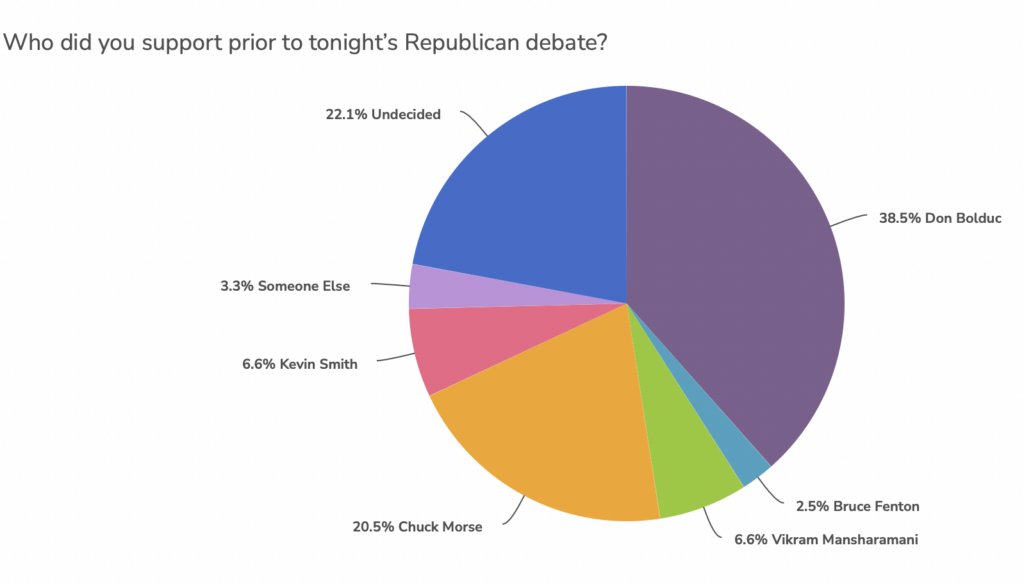 Of the GOP viewers who watched the debate and responded to the survey, a plurality (35 percent) said they couldn’t name a winner. Another 21 percent said Bolduc won, with Mansharamani (14 percent) Morse (12 percent) and Smith (12 percent) following behind. Just six percent named Bruce Fenton the winner.

The real-time survey also allowed participants to share what they viewed as the most memorable moments or comments. The most commonly mentioned phrase by viewers was “energy independence.” Several complained the candidates weren’t more direct on the issue of abortion.

And Smith’s closing comment  — “It’s like the song: ‘Clowns to the left of me, jokers to the right, and I’m stuck in the middle with you'” — inspired both positive and negative reactions.

Republicans who believe Bolduc is a weak general election candidate, particularly Morse backers, have argued the general’s support is still largely based on name ID, not a commitment from solid supporters of his campaign. The softness of his support in this survey is another data point in favor of that view.

But perhaps the most significant takeaway is yet another confirmation, along with public and private polling, that about one in five GOP primary voters — including those engaged enough to watch a TV debate — remain undecided in the senate primary.