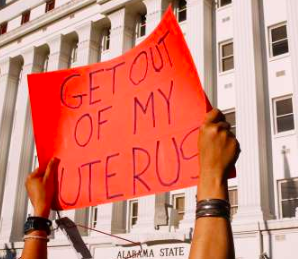 In New Hampshire, you can’t escape from a steady drumbeat of righteous anger  – and not a little hysteria – from Planned Parenthood and the pro-abortion lobby over the Fetal Life Protection Act, part of the recently-passed state budget. The act, contained in Sections 37-40, prohibits abortion at or after 24 weeks, with exceptions for the mother’s life or physical health.

Previously, there were no restrictions in New Hampshire. Abortion was allowed at any time for any reason up to birth.

The pro-abortion talking points — or rather, “shouting points” — are over the top: “…the most restrictive abortion law in modern N.H. history;” “the most anti-reproductive freedom budget in state history;” a budget that “…bans abortion, criminalizes doctors, and mandates ultrasounds.”

Yes, there is an extremely limited ultrasound provision – the most modest ultrasound requirement in the country – solely to determine age in borderline cases. The act provides no consequences for skipping an ultrasound unless there is “substantial risk” the unborn child is at least 24 weeks old. Additionally, pre-procedure ultrasounds have been acknowledged as normal practice in N.H. as part of a sound clinical protocol for the health of the mother, but you would never know that by listening to the recent bad faith rhetoric of the pro-abortion lobby.

Still, on and on it goes.

To hear the pro-abortion lobby, you would think New Hampshire had enacted draconian anti-abortion law by giving women the option to terminate their fetus only during the first 23 weeks of life instead of up to birth. Is New Hampshire’s new law draconian or extreme?

One measurement is to compare it to the abortion laws of our enlightened European allies.

A recent analysis looked at the abortion law of 50 European countries, including independent states and regions. Of those areas:

Of the 42 European countries that allow elective abortion, every one prohibits abortion at a certain point during the pregnancy, and 39 are well under New Hampshire’s 24 weeks:

That leaves the three most permissive elective abortion countries, Iceland, Netherlands, and Sweden. What are their age restrictions?

The bottom line: Not a single European country allows abortion on demand up to birth — which was the law in New Hampshire for many years and the position being advocated by pr0-abortion advocates opposed to the new law. And the vast majority, 39 countries, limit abortion to 15 weeks or less.

How many states align with that 15-week standard in the U.S.?  None. U.S. states as a whole place very few restrictions on terminating a developing child, and those that even try to establish any limits are subject to relentless attack by the pro-abortion lobby. And that is where N.H. is today.

The debate is this: Abortion on demand at any time for any reason regardless of the age or viability of the fetus vs. a modest 24-week limit on elective abortions, similar to those in “progressive” European nations.

Looking at the example Europe has set, New Hampshire’s new law is more than reasonable. It should not be judged by the decibel level of those who oppose it.