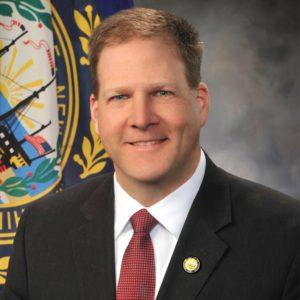 Even After #BlueWave, Gov. Chris Sununu Still Near Top of National Pack

Every quarter the polling firm Morning Consult releases a ranking of the most/least popular governors in the U.S.  Today they released their numbers for Q4 of 2018–when the midterm elections took place. And for the third quarter in a row, New Hampshire’s Gov. Chris Sununu is the fourth most popular governor in the country, with an approval rating of 60 percent and a disapproval of just 23 percent. 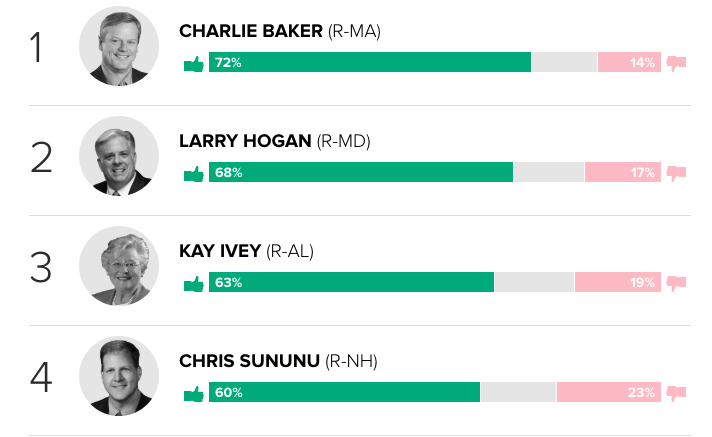 It’s also higher than Sununu’s own 53 percent of the vote in November’s election against a weak Democratic nominee, former state senator Molly Kelly. That’s not necessarily surprising–an approval poll doesn’t ask respondents to pick sides–but it is likely to renew the conversation NH Republicans are having off the record for weeks:

Just south of the border in an even more deeply-blue state, Republican Baker won his re-election bid 67-33 percent–a two-to-one margin. Next door in Vermont, Republican Phil Scott–who upset his GOP base by flip-flopping on a gun-control promise– won re-election by 15 points. Even Maryland Gov. Larry Hogan, a GOP governor who had to run in a state that’s part of the Washington, DC media market– won handily, 56-44 percent.

“There’s no reason [Molly Kelly] should have been so close. And there’s no excuse for fundraising parity by a weak candidate like Kelly with an incumbent governor,” one longtime NH GOP insider told NHJournal.

Still,  the Democrat-controlled NH legislature has a formidable opponent in an incumbent governor with veto power and one of the highest popularity ratings in the country.  Democrats may want to raise taxes and increase business regulations, but getting that agenda past Gov. Chris Sununu is going to be an uphill battle.