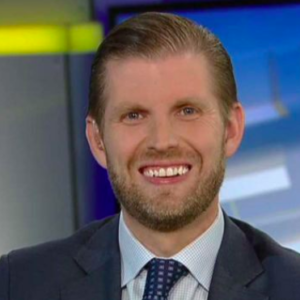 “Impeachment was a dud,” Eric Trump said of the Democrats’ first day of televised hearings, and he’s more confident than ever that his father will win the Granite State. In part, he says, because New Hampshire voters “don’t give a damn” about the hearings in Washington.

In a press call, the president’s son told NHJournal that the lingering image for most voters from the Democrats’ impeachment debut was an “elitist” attack on Trump.

“No one outside the Beltway was tuned into any of this, nor do they care. They [the committee Democrats] just look like a bunch of Washington DC, elitist fools, and that’s what they are. This is a Beltway charade. And these people are totally estranged from real Americans.

“You’re in a state where I’ve spent a tremendous amount of time,” Trump continued, “and the good, hard-working, patriotic people of New Hampshire, they don’t give a damn about this stuff.”

Eric Trump, who serves as an advisor to his father’s campaign, accused the Democrats of what Trumpworld must consider one of the greatest political failures of all: Creating bad TV.

“All these clowns tried to do was orchestrate political theater. I mean, if you’re going to orchestrate theater, at least make it good theater. The problem was, it was boring.”

The Trump campaign also claimed Thursday the Democrats’ impeachment push has been a financial boon for Trump 2020.

“Wednesday’s fundraising numbers for us were absolutely off the charts,” Trump said. “Every single time they do this, we–the Republican National Committee and our campaign–raise an absolute fortune. When Nancy Pelosi started this, we raised $15 million in the first two days. Most of those people were unique, new donors.

“Joe Biden, their frontrunner, raised $15 million in the third quarter. We raised that in two days,” Trump said.

Democrats insist “Impeach Trump” is a winning message for 2020 and they’re preparing for an impeachment process and Senate trial that could last into next January or even February. At the same time, Eric Trump noted, there’s so much concern about the 2020 race that Democratic insiders and activists appear to be uncomfortable with the current field. He gave his own analysis of the candidates.

“Joe Biden can’t make it through a sentence without stumbling…he’s not gonna make it through this process. [Elizabeth] Warren is incredibly radical. Bernie [Sanders] just looks crazy, he doesn’t have it anymore. You have a bad mayor [Pete Buttigieg] who has racial issues in his city.

“And [Michael] Bloomberg’s slipped off and on so many different positions and parties, I don’t think he can get the Democratic nomination.  And if he did, it would be a blessing to us because there’s zero chance he could win.”

And what about former Massachusetts Gov. Deval Patrick, who was filing his paperwork with the New Hampshire Secretary of State as Trump spoke?

“He’s got no campaign apparatus, he’s got no money behind him, not many people know who he is, and he’s probably competing for the exact same people as Elizabeth Warren,” Trump said of Patrick. “I think he’s going absolutely nowhere.”

Trump communications staffer Rick Gorka was also on the call and added, “Plus, the last time someone from Bain Capital ran for president, it didn’t work out so well.”