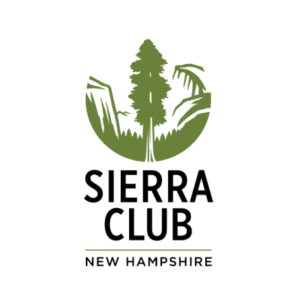 Several local, state, and national environmental groups sent a letter to New Hampshire state legislators today urging them to sustain Governor Sununu’s veto for HB 183, legislation that would require an estimated $20 million in ratepayer bailouts each year to six wood-burning biomass power plants. According to the latest EPA data (2017), four of the six biomass plants are among the top 10 air polluters in the state.

The groups, which include the New Hampshire Sierra Club, Toxics Action Center Campaign, and Partnership for Policy Integrity, called the bill “harmful to our health, our environment, our wallets, and our climate.”

The Federal Energy Regulatory Commission (FERC) will be reviewing a petition on Thursday filed by the New England Ratepayers Association challenging similar legislation (SB365) that was enacted last year, over the Governor’s veto.

The text of the letter is below:

The undersigned groups, which represent thousands of residents concerned about protecting the environment, economy, health and well-being of New Hampshire, urge the legislature to sustain Governor Sununu’s veto of HB 183.

Background:  HB 183 will force Eversource ratepayers to pay an estimated $20 million a year to the owners of 6 existing biomass facilities in New Hampshire in the form of “baseload renewable generation credits.” These facilities are polluting, costly to operate, and should not receive preferential treatment with seemingly endless subsidies from ratepayers. This outdated technology leads to ongoing challenges for public health, renewable energy policy, and the public interest. For this reason, a similar bailout bill enacted last year has been challenged in court. HB 183 is simply a new way of forcing ratepayers to continue to pay polluters, rather than creating a path to a fair and just transition for the modern workforce and clean technology, is not a long-term solution for New Hampshire.

1. Health Impacts: For approximately 30 years, these plants have been operating as major stationary sources of pollution, including acid rain-causing sulfur dioxide, smog-causing nitrogen dioxide, mercury, volatile organic compounds, soot, heavy metals, CO2, and dioxin and other cancer-causing emissions.   Many of these pollutants, such as mercury, bioaccumulate in the environment, posing a health risk to fish, wildlife, and humans, while particulates (soot) and other conventional air pollutants contribute to asthma, heart disease, and premature deaths in surrounding communities. The plants have not made substantial pollution control upgrades since t the 1990s. Even with pollution controls, these facilities allow dangerous amount of pollutants to exit the smokestack while shifting heavy metals and other toxics to the ash which still requires disposal and often threatens groundwater.

2. Corporate Welfare:  Charging electricity ratepayers to prop up these failing and antiquated biomass power plants is not sustainable, economical, or good public policy.  Most of these plants are owned by out-of-state corporations that have stated outright that they cannot continue to operate without ratepayer handouts. Since HB 183  does not require improvements to their business strategy or require technology investments or other changes, , it is likely that in three years these companies will be back at the Legislature asking for more hand-outs. HB183 signals to failing corporate entities that they can continue with business as usual while receiving a blank check paid for by the residents of New Hampshire.  Combusting wood for electricity generation is the lowest-value use of trees, and subsidizing biomass plants does nothing to directly guarantee jobs in the forest industry.

3. New Hampshire can still take the path to a locally-supported clean energy future: Burning wood for electricity has been technologically surpassed by many different modern options, such as solar net metering, offshore wind, energy conservation and efficiency measures, and battery storage. These technologies are cleaner, have lower emissions, and their costs are falling as usage ramps up  – unlike biomass power plants. To reach a clean energy future, please consider these new options and a fair and just transition for those working in the antiquated, often dangerous, combustion-based energy sectors. Moving forward, the legislature should examine ways to support New Hampshire jobs that do not financially burden ratepayers and generate pollution, such as retraining New Hampshire workers for green jobs, including solar panel installation, weatherizing schools and homes, and helping to build the clean energy infrastructure of the future, not the past.

This legislation is harmful to our health, our environment, our wallets, and our climate. We therefore respectfully urge the Legislature to sustain Governor Sununu’s veto of HB 183.