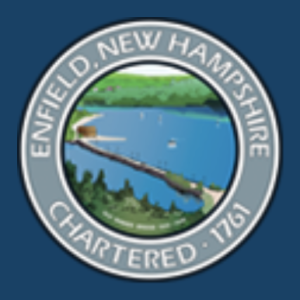 Enfield Manager Hands Out $34k To Town Employees, Moves Out Of State

A week before leaving his job and moving to Connecticut, the town manager of Enfield, N.H., handed out more than $34,000 in what might be described as “lovely parting gifts” to town employees — taxpayer-funded bonus checks ranging from $300 to $2,500. He then promptly closed town offices to the public and left the state.

Town Manager Ryan Aylesworth announced what he labeled “non-first responder hazard pay stipends” on November 23, just one week before his departure from the position, NHJournal has confirmed. In total, Aylesworth distributed $34,425 to more than 20 town employees. The deputy town clerk received the top bonus of $2,500, while other staffers received checks of between $300 and $2,000 each.

“Town employees have individually and collectively made considerable sacrifices and risked their health to serve our residents with distinction during an unprecedented pandemic,” Aylesworth said in a letter accompanying the stipends.

“In acknowledgment of your commendable efforts during the COVID-19 pandemic, I have authorized the one-time payment of a hazard pay stipend,” the letter says. “I hope that you will take this as a clear message that your employer genuinely appreciates the contributions you have made to our shared successes and achievements. I know it hasn’t been easy.”

Among those receiving checks were town hall employees, water and sewer workers, and the trash handlers at the town’s transfer station.

Aylesworth was making $109,000 as town manager. Enfield, a town of about 4,500 people, currently has between one and four active COVID-19 infections according to the state Department of Health and Human Services website. Since the beginning of the pandemic, Enfield has accumulated 15 total COVID-19 infections, or three-tenths of one percent of the town.

“We love our town employees,” says Paul Mirski, a former N.H. state representative from Enfield. “But it’s hard to justify the town providing so-called ‘hazard pay benefits’ when those paying their salaries, by way of property taxes, aren’t receiving the same.

“This represents the sort of mistaken public policy that generates unhelpful tension between public service employees and taxpayers to the detriment of public sector employees,” Mirski said.

Select Board Chair Kate Stewart told NHJournal the “authority to determine compensation falls to the town manager by statute,” and declined to comment further. “If there is any discussion on this, it will be held in a legally noticed [select board] meeting,” Stewart said.

Taxpayer advocates were astonished by the move.

“It’s difficult to imagine that the Town Managers’ authority to ‘determine compensation’ extends to granting bonuses on his final day of employment,” said Granite State Taxpayers Chairman Ray Chadwick “This ‘hazard pay’ program should have been brought to the Select Board for public discussion and approval so that, if approved, it was appropriately defined and equitably administered. Failure to do so is disrespectful to Enfield taxpayers, who undoubtedly are also having to deal with Covid-19 issues in their own lives. This illustrates why Taxpayers need to remain vigilant regarding government actions.”

Aylesworth’s last day as town manager was November 30. Interim town manager Jack Wozmak tells NHJournal the stipends were determined by the town manager in his statutory authority and were not discussed by the select board or any other elected official.

“Due to rising public health concerns surrounding increased incidence of COVID-19, Enfield’s Town Offices are closing to the public effective November 30. Services will continue to proceed without interruption just as they did following the closure of the Town offices this past spring,” the town website reads.

Mansfield, Conn., hired Aylesworth as their town manager in September. The new position comes with a $54,000 raise and a $5,000 annual vehicle stipend.