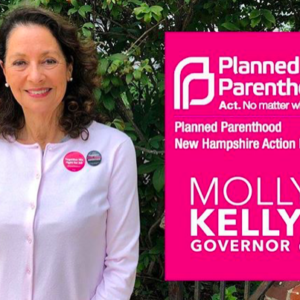 New Hampshire Democrats have a real choice in their primary campaign for governor. Molly Kelly is a former state senator who has remained pointedly vague on the issues, instead relying on the support she has from the state’s Democratic establishment.  Kelly’s trying to avoid controversy.

Former Portsmouth Mayor Steve Marchand, on the other hand, has surprised longtime N.H. politicos by running as a hard-core progressive, taking far-Left positions on abortion, the environment–even “gender identity and expression.” He’s embracing the Bernie-Sanders ideology of the Democratic base without apology.

So it’s no surprise that the two candidates have disagreed from time to time.  In fact, the campaigns have been rather tame, with only a few flashes of heated debate. Which is why Emily’s List’s attack on Marchand is so…odd. 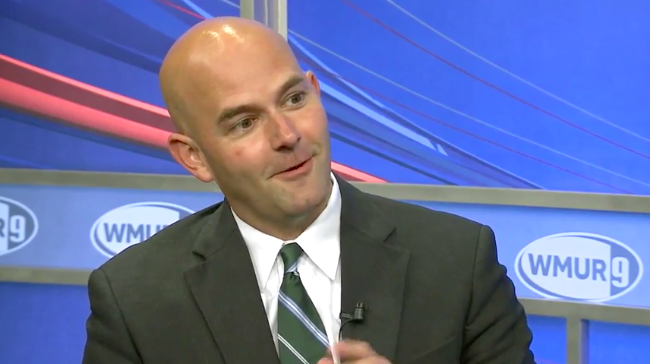 On Wednesday during a WMUR Facebook Live stream, Steve Marchand took questions from voters about his progressive positions. At one point he pointed out the obvious about Kelly–she’s been “timid” talking about these same issues. This isn’t so much a criticism as an acknowledgement of Kelly’s “I’m the Establishment Candidate, You’re Supposed To Vote For Me” campaign strategy.

Marchand also talked his approach to the campaign, repeating his oft-quoted campaign mantra:

“I call it the vision to know where to go, the competence to know how to get there, and the courage to say it out loud–with the energy of youth and the optimism of an immigrant’s kid.”

And then Emily’s List went loony. They accused Marchand of “sexism” and “ageism.” For the comments above. Don’t believe it? Here’s the headline of their press release:

“Steve Marchand Made Sexist And Ageist Attacks On Molly Kelly”

Whatever it is–Emily’s List is not helping Molly Kelly. This ridiculous, over-the-top attack on a fellow liberal makes Kelly look weak. The cries of “sexism” and “ageism” coming from someone else, rather than Kelly herself, make her look like she’s not up to the rough-and-tumble battles of politics.

If Molly Kelly seriously feels insulted as a “woman of a certain age” over Marchand’s comments, then she should drop out of the race.  She’s clearly not up to the challenge.

Instead, this appears to be a campaign ploy gone wrong. Not only does Kelly’s campaign look a bit desperate, but it’s brought her “murky” position on taxpayer-funded abortions to the forefront.

I don’t know who “Emily” is, Ms. Kelly. But if I were you, I’d get off her list as soon as possible.