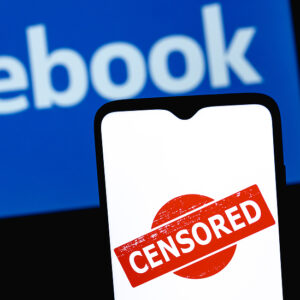 After he acquired Twitter, Elon Musk granted several journalists access to internal messages between the government and the platform’s moderators, which demonstrate concerted efforts by various federal agencies — including the FBI, the Centers for Disease Control and Prevention, and the White House — to persuade Twitter to restrict speech. These disclosures, known as the Twitter Files, are eye-opening.

But Twitter was hardly the only object of federal pressure. According to confidential documents obtained by Reason magazine, health advisers at the CDC also had significant input on pandemic-era social media policies at Facebook. They were consulted frequently, at times daily. They were actively involved in the affairs of content moderators, providing constant and ever-evolving guidance. They requested frequent updates about which topics were trending on the platforms, and they recommended what kinds of content should be deemed false or misleading.

These files show that the platform responded with incredible deference. Facebook routinely asked the government to vet specific claims, including whether the virus was “man-made” rather than zoonotic. (The CDC responded that a man-made origin was “technically possible” but “extremely unlikely.”)

In other emails, Facebook asked: “For each of the following claims, which we’ve recently identified on the platform, can you please tell us if: the claim is false; and, if believed, could this claim contribute to vaccine refusals?” (Twitter, for its part, gave the CDC access to a special portal that made it easier to report misinformation infractions.)

The platforms may have thought they had little choice but to please the CDC, given the tremendous pressure to stamp out misinformation. This pressure came from no less an authority than President Biden, who famously accused social media companies of “killing people” in a July 2021 speech.

“What’s at stake is the future of free speech in the technological age,” said Jenin Younes, the New Civil Liberties Alliance’s litigation counsel. “We’ve never had a situation where the federal government at very high levels is coordinating or coercing social media to do its bidding in terms of censoring people.”

These concerns are well-founded, as the emails obtained by Reason.com make clear. Throughout the pandemic, CDC officials exchanged dozens of messages with content moderators.

Facebook is a private entity and thus is within its rights to moderate content in any fashion it sees fit. But the federal government’s efforts to pressure social media companies cannot be waved away. A private company may choose to exclude certain perspectives, but if the company takes such action only after politicians and bureaucrats threaten it, reasonable people might conclude the choice is an illusion. Such an arrangement — whereby private entities, at the behest of the government, become ideological enforcers — is unacceptable. And it may be illegal.

There is a word for government officials using the threat of punishment to extort desired behaviors from private actors. It’s jawboning.  Will Duffield, a policy analyst at the libertarian Cato Institute, thinks the federal government’s jawboning on COVID-19 misinformation might violate the First Amendment.

“Multiple arms of the administration delivered the jawboning effort together,” Duffield said. “Each one component wouldn’t rise to something legally actionable, but when taken as a whole administration push, it might.”

A proposed solution is to explicitly prohibit government officials from engaging in jawboning. Rep. Cathy McMorris Rodgers, R–Wash., has introduced a bill, the Protecting Speech from Government Interference Act, that would penalize federal employees who use their positions to push for speech restrictions. Enforcement would be akin to the Hatch Act, which prohibits federal employees from using their positions to engage in campaign activities. If this bill were to become law, federal officials would have to be more careful about advising social media platforms to censor speech or risk loss of pay or even termination.

This is the superior approach: Legislators should regulate government employees’ encouragement of censorship on social media platforms rather than the platforms themselves.

The loudest jawboners are the nation’s senators and congressional representatives, frequently inveighing against the tech industry and its leaders. Democratic lawmakers routinely accuse Facebook of subverting American democracy by allowing too many Russian bots and then threatening to break up the company. Republicans say virtually the same thing, except they claim American democracy was subverted by Big Tech’s mishandling of the Hunter Biden laptop story.

Prohibiting lawmakers from demanding censorship is legally thornier than prohibiting federal bureaucrats from making demands of private media companies. The Speech or Debate Clause of the Constitution gives members of Congress fairly broad latitude to say whatever is on their minds. So, ultimately, it is up to voters to punish congressional jawboning and politicians who don’t support free speech.

Robby Soave is an associate editor at Reason.com. He wrote this for InsideSources.com.