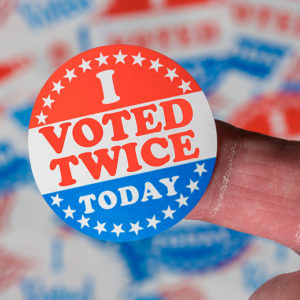 Eight Recent NH Voter Fraud Cases You May Have Missed

Last week’s arrest of a Georgia man for voting illegally in Hooksett, N.H., in the 2016 election — with an ID and using same-day registration — has raised the question yet again: Is New Hampshire rife with voter fraud?  Have state elections been severely compromised as President Trump has claimed throughout his presidency?

The question of widespread voter fraud has plagued New Hampshire politics for decades and has become one of the most partisan issues in Concord.  While President Trump claimed in 2016 that there was “serious voter fraud” in New Hampshire, Democrats like state party chair Ray Buckley have long rejected the idea that the Granite State could ever be the victim of a voter fraud scheme.

In fact, Buckley has gone far enough to say that voter fraud is a “myth” created by the Republican Party in an effort to create additional barriers to voters.

But the truth lies somewhere in the middle.

Over the past few years, many small scale voter fraud cases have been discovered and prosecuted through the New Hampshire attorney general’s office.

Some politicians may think that small-scale voter fraud isn’t such a big deal. But with New Hampshire’s small voting population — and state races that are won on the thinnest of margins — every vote could decide the outcome of a New Hampshire election.

New Hampshire’s voter fraud cases often fly under the radar and receive little coverage from the media. Many of the recent cases have been a result of New Hampshire’s Interstate Voter Registration Crosscheck Program, a compact with other states that allows state officials to uncover people who are voting or are registered in more than one state.

Here are some of the most recent voter fraud cases in New Hampshire that you may have missed:

In one of the most bizarre voter fraud cases New Hampshire has ever seen, West Lebanon’s Vincent Marzello voted twice in the 2018 election — once dressed as a man and a second time dressed as a woman.  Marzello voted under his own name and “Helen Elisabeth Ashley.” Marzello admitted to voting twice in a Project Veritas video though the NHAG’s office was already investigating the incident.  Marzello was a Democrat election inspector under the pseudonym “Helen Elisabeth Ashley.” 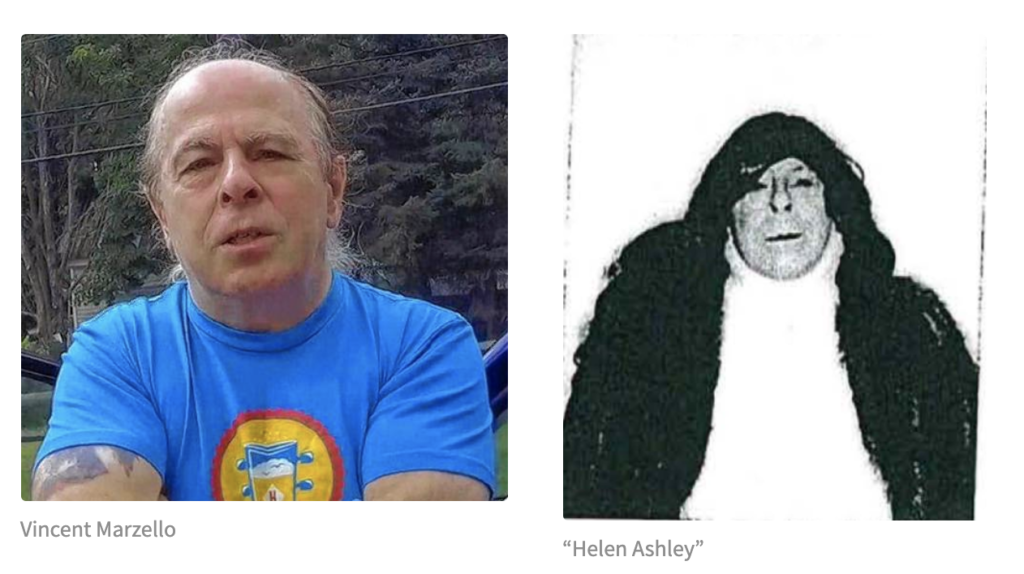 Krysiak, an Alton man, was arrested and accused of voting in both New Hampshire and Leominster, Mass., in the 2018 general election.  The jury selection has been continued to 2021 according to reporting by the Concord Patch.

John S. Fleming Jr. and Grace Fleming were charged with voting in more than one state and pleaded guilty to a Class B felony charge.  The Flemings, registered Republicans in Hampton, also cast their ballots in Belchertown, Massachusetts in the 2016 election. The Flemings were sentenced to a 60-day suspended prison sentence and have lost their right to vote in New Hampshire.

McKinnon was only 21 years old when he pleaded guilty to voter fraud after voting in Durham and in Dracut, Massachusetts during the 2016 election. McKinnon was a student at the University of New Hampshire and was sentenced to serve six months in a state correctional facility. That sentence was suspended and McKinnon was ordered to pay a $2,000 fine and complete 200 hours of community service.

Charles Eugene Cartier Jr., an 81-year-old Madison man was charged with voting in Madison, N.H., and also North Attleboro, Massachusetts in the 2016 election.  Cartier told investigators from the New Hampshire Attorney General’s Office that he believed he could vote in two states since he owned property in both places.

Robert Bell, an Atkinson Republican was found guilty by a Rockingham County jury for voting in more than one state in the 2016 election.  Bell admitted on camera to journalists from Project Veritas that he voted in Florida and in New Hampshire.  Bell was fined $1,000 dollars and lost his right to vote in New Hampshire.

Lowndes, a Washington, D.C. resident, was recently charged on a felony wrongful voting charge, two counts of misdemeanor wrongful voting, and a single count of misusing an absentee ballot. According to prosecutors, Lowndes filed a voter registration form in 2016 claiming to be domiciled at a shopping center in Derry when she actually lived outside of New Hampshire.  Lowndes was faced with additional charges that include absentee ballot fraud.  She faces up to 10 years in prison and a $10,000 fine.  Lowndes is a Joe Biden supporter and a Black Lives Matter activist according to reporting from the Concord Patch.

Are hundreds of thousands of ballots being cast illegally in New Hampshire — probably not.  But in a state where elections are won by razor-thin margins — many local races won by fewer than 100 votes — votes add up and can affect the outcomes of many of New Hampshire’s state and local races.