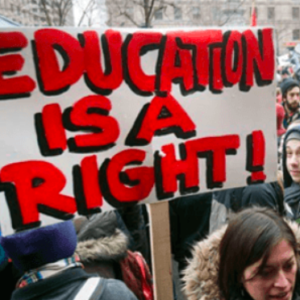 Under the pressure of a looming deadline, the GOP-controlled House Education Committee delivered a setback to Education Freedom Accounts Thursday morning, voting unanimously to retain the bill for further work rather than send it on to the full House for a vote. Republican supporters insist, however, that the fight over education freedom is far from over.

“[The Education Freedom Account Bill] HB20 remains our number one priority for this legislative session. The House Education Committee had a quickly approaching deadline that did not afford them the time they needed today,” Republican Majority Leader Jason Osborne of Auburn said in a press release following the vote.

“I commend Chairman Ladd, Vice Chairman Cordelli, and the Republicans on the committee for their hard work on this bill. I look forward to working with them going forward on making this the best legislation for New Hampshire students and families.”

The committee had to act on the bill Thursday under House deadlines, but amendments proposed Wednesday needed more tweaking and time was not on their side.

It is unclear if the committee would have had the votes to pass the bill even if the amendments were drafted correctly. Last week, NHJournal reported James Allard (R-Pittsfield) was likely to vote against the measure.

House insiders tell NHJournal that had a vote on the bill been held, the best-case scenario would have been a 10-10 tie vote in the committee, sending the bill to the floor with no recommendation. That would have set up a heated floor battle.

Attempts to sway Allard and other concerned Republicans included adding income-caps to the EFA eligibility formula. The cap would limit participation to those earning less than 375 percent of the federal poverty limit — roughly $99,000 for a family of four. That proposed income-cap would cut the number of eligible students in half.

Democrats on the Education Committee were pleased with the outcome.

“HB 20 contains no protection for students against discrimination, little oversight, and is ripe for fraud…and would act as a tax-dollar giveaway to wealthy families. There has never been as much vocal opposition to a piece of legislation in NH,” Democrat leader on the committee Mel Myler said in a press release Thursday morning.

There’s still an Education Freedom Account bill in the Senate, giving supporters hope the legislation can still be amended and passed this year. In 2017-2018, the Senate passed SB193 – an education savings account program. That bill died in the House, after being heavily amended. The Senate then scrapped a separate bill and reintroduced SB193, the original version. Again, the proposal failed in the House.

“In a perfect world, HB-20 would have been voted as inexpedient to legislate,” the NH AFL-CIO tweeted. “Nevertheless, we are thankful to the House Education Committee for recognizing the numerous, serious flaws in HB 20 that would have disproportionately impacted working New Hampshire families.”

The NEA-NH tweeted that “[n]o amount of tinkering could fix this fundamentally flawed bill. We urge the legislature to focus on supporting students, educators, and schools with the resources needed to complete the school year safely and successfully.”

And, the SEIU 1984, who endorsed James Allard in his run for state rep, thanked opponents. “Thankful for everyone who fought against this bad bill,” they said on Twitter.

While EFAs have a smoother path in the Senate, the same hurdles in the House are likely to exist when the bill crosses over later this spring. The NEA-NH and teachers unions will again be out in force to oppose the measure.

They’re likely to celebrate turning out opponents to hearings, just as they did in the House over the past two weeks.

“HB20 was opposed 5,218-1,107 at today’s hearing. Voters consistently defeat voucher measures when given the chance. HB20 Vouchers have no place in the Granite State,” the NEA-NH tweeted after last week’s public hearing.