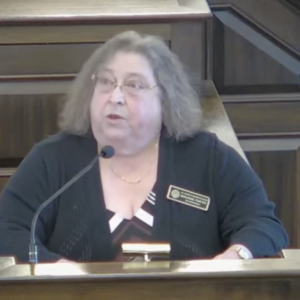 The battle over Education Freedom Accounts (EFAs) appears to be over, at least for this session year, as Democrat-backed attempts to repeal, reduce, or restrict the popular program failed in the GOP-controlled House.

“I am thankful for the actions of the legislature, supporting children and families, as well as taxpayers. They are the heroes today,” Education Commissioner Frank Edelblut tweeted following votes on several attempts to curtail policies he championed.

Nearly 2,000 children have enrolled in EFAs since the program’s inception last June according to Kate Baker Demers, executive director of the Childrens’ Scholarship Fund, the non-profit that administers the funds families are awarded.

“Families are grateful and relieved that the New Hampshire House protected and preserved the Education Freedom Accounts today,” Baker Demers told NHJournal. “We were able to launch the EFA program in record time and enroll almost 2,000 children, which is proof that the need for educational opportunities was and is urgent in New Hampshire.”

“New Hampshire’s Education Freedom Accounts are doing exactly what they are supposed to do. New Hampshire students now have access to educational options that were once only available to children of wealthy parents,” Sarah Scott from Americans for Prosperity New Hampshire said in a statement.

While advocates applaud the program’s success, opponents claim the availability is too broad.

“New Hampshire now has the most expansive school voucher program in the country,” Rep. Marjorie Porter (D-Hillsborough) told the House Wednesday in a speech denouncing parental choice, drawing unexpected applause from the Republican side of the room.

Porter’s colleagues have also pointed to the $8 million price tag. The “poorly written program with inadequate constraints on eligibility and a price tag that has already ballooned over 5000 percent above budget,” Rep. David Luneau (D-Hopkinton) pointed out. EFA supporters, however, say that only amounts to around one percent of the total education dollars in the state.

Along with full repeal, the House voted down an attempt to switch administration from the Childrens’ Scholarship Fund to the Department of Education and other bills that made changes in the EFA law or its operation.

“They figured if they couldn’t outright repeal the program, they would attempt the ‘death by 1000 cuts’ approach. I’m proud to say the House did not fall for these tactics,” Majority Leader Jason Osborne (R-Auburn) said of the dozen bills to alter or end EFAs this year. “House Democrats made every effort to hurt the wildly successful EFA program.”

“We’ve heard from hundreds of parents and students and the message is clear,” added Scott, who also celebrated other new programs like the first of its kind Learn Everywhere. “[Students] have the latitude to earn credit for learning outside the classroom, and their parents are confident that they are giving their children the opportunities they need to succeed.”

Republicans weren’t on defense all day. They seized an opportunity to pass a bill making school materials and curricula more available to parents and the public. It’s a hot-button topic among opponents of Critical Race Theory and diversity, equity, and inclusion programs. “Parents, taxpayers, and residents have a natural right to know what is being taught in their schools, and this bill does just that,” said Rep. Laurie Sanborn (R-Bedford).