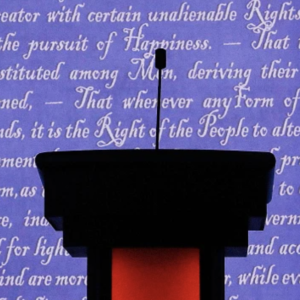 EDITORIAL: What NHJournal Would Ask at a U.S. Senate Debate

Posted to Politics October 17, 2022 by NHJOpinion

After hosting three well-received debates during the GOP primary season, imagine our shock here at New Hampshire Journal when all three Democrats running for re-election to federal office declined invitations to appear at a forum we were moderating.

On one hand, we’re in good company. Sen. Maggie Hassan and Reps. Chris Pappas and Annie Kuster are also refusing to participate in debates hosted by New England College, WGIR radio, and longtime broadcaster Jack Heath, among others. They’ve also declined to release their public schedule — an odd way to campaign for votes from the public.

On the other hand, like many Granite State voters, we have questions. And, like our fellow voters, we’d like clear, simple answers to those questions, not just political rhetoric or disingenuous double talk. We don’t send our reporters to ask Pappas questions about the Inflation Reduction Act so we can watch him literally flee for the nearest exit. (Well, that’s not the only reason.)

Our assumption is if we can’t figure out how the act is supposed to lower consumer costs, our readers can’t, either. So, we ask. Or at least we try.

We will not be asking any questions at the handful of debates the Democrats have agreed to. That will be left to organizations like the fine, nonpartisan, unbiased folks at New Hampshire Public Radio. But because we hate being left out of the fun, we’d like to at least share some of the questions we would ask at a U.S. Senate debate if we had the chance.

ECONOMY: “Joe Biden says ‘our economy is strong as hell.’ Do you agree?

INFLATION: “Sen. Hassan, you provided the 50th vote to pass the $1.9 trillion spending bill in 2021 that Democratic economists like Larry Summers warned would lead to a surge in inflation. It did. And yet, despite rising inflation, you followed that up by providing the final, necessary vote for another $400 billion in climate spending in the Inflation Reduction Act, and another quarter of a billion dollars for the CHIPS Act.

Sen. Hassan, how high would inflation have to get before you would vote against a major Democratic spending bill?”

LIGHTNING ROUND: “You’re playing ‘Who Wants to Be a Millionaire,’ and $1 million is at stake. Your ‘lifeline’ is either John Fetterman or Herschel Walker. Who do you call?”

ENERGY POLICY: “Sen. Hassan, you’ve called climate change an ‘existential threat’ that America needs to confront “urgently.” For five years in the Senate, you repeatedly voted against expanding fossil fuel development and drilling, and you supported tax increases on oil and gas producers. But in the past nine months, you’ve announced your support for more drilling, attacked U.S. oil companies for not producing enough oil, and called for tax cuts on fossil fuels.

What convinced you climate change is no longer an ‘existential threat?’

UKRAINE: “Gen. Bolduc, you’ve complained about the level of money and support the U.S. is giving Ukraine to help it fight off Russia’s invasion. Can you explain how a Russian victory over Ukraine, and the consequences that would mean for NATO and other American allies, would cost less over the long run than the money Ukraine is using to defeat Vladimir Putin today?”

ABORTION POLICY: “Sen. Hassan, can you name a legal restriction on any abortion, at any time during pregnancy, that you would support? Just one?”

BIPARTISANSHIP: “Sen. Hassan, you often brag about your bipartisanship and, as you put it in your TV ads, your willingness to stand up to your party. Which of the votes you’ve cast against legislation supported by President Joe Biden was the most significant?” (Editor’s note: This is a trick question.)

“Sen. Hassan, the Democratic Party spent more than $3 million in the GOP primary to help make Gen. Bolduc your Republican opponent. If you lose to him, will you give those Democratic donors their money back?”