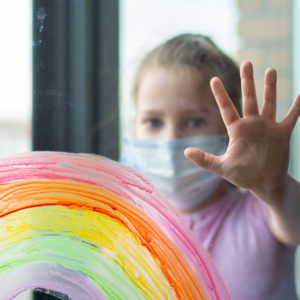 Headlines since the September release of student assessment results on the NAEP test, the Nation’s Report Card, have loudly echoed the devastating degree of learning loss children experienced during the pandemic’s disruption to school.

The loss is real, and schools are using numerous strategies to make up the losses. While NAEP can compare results over two assessments, in 2019 and 2022, the state has additional data, including assessment results for 2019, 2021, and 2022. While these results show a similar drop from 2019, they also show the start of recovery from 2021 to 2022, which was highlighted in this previous release.

What is notably consistent in all of the discussions surrounding assessment results is a loud call to ensure that all students are “back in school.”

As we put time between us and the pandemic, additional observations can be made about the effect on students and learning. In a December 2022 study of “In-Person Schooling and Youth Suicide,” the National Bureau of Economic Research underscores a pre-pandemic trend that the pandemic reinforced.

Across several studies, it has been observed that student mental health is impacted by school, particularly in-person school. In a 2015 study as reported by psychologist Peter Gray in Psychology Today, researcher Collin Lueck examined the rate of psychiatric visits at the Los Angeles pediatric emergency mental health department and found that the rate was 118 percent higher when school was in session compared to when school was not in session. In a separate study from Connecticut, emergency youth mental health intakes were less than half during the summer months compared to when school was in session. This same pattern, which is also reflected in teen suicide data, has been present for decades. Unlike the general population, teen suicide peaks correspond to the return to school in the August and September timeframe.

COVID provided a unique opportunity to examine this trend, mostly because of the pandemic’s disruptive nature on school. Now, researchers could closely correlate the connection between teen suicide and school attendance to see how it tracked with the disruption of school.

Consistent with previous findings, researchers were able to observe, once again, that teen suicide increases during the school year and decreases when students are out of school.

The researchers then applied this hypothesis to the effect of school disruptions from COVID. What they found should make us pause and think about how we educate children. “Across all of our analyses, our results repeatedly and convincingly (show) that in-person schooling contributes to teen suicide,” states the report.

During periods of school closure, teen suicide decreased. When schools returned to in-person school, teen suicide returned to higher incidences. During periods when some schools were in-person and others were not, the schools in-person had higher rates of teen suicide, while the schools in remote had fewer teen suicides. The researchers report, “Our preferred estimates suggest that a move from fully closed to fully reopened schools was associated with an approximate 15 percent increase in youth suicide.” This is a deafening statement that is difficult to ignore.

It should not, however, be construed to imply that universal remote learning should make a rapid comeback, or that schools should close their doors. Instead, the findings stress the need to have deeper conversations about our children’s mental health, and a better understanding of how school, as it is structured, is impacting student well-being.

There are obvious and substantial benefits associated with education, including higher earnings, improvements in health, and lower crime. This research provides an opportunity to think hard and question how we do school, which is not the same thing as education. Or, as Mark Twain put it, “I never let my schooling get in the way of my education.”

Children are curious learning machines. Don’t believe that? Leave a three-year-old alone in the kitchen for an hour and see what unfolds. Drop three teens off on a city street corner and tell them you will be back in four hours. In both cases, the children will immediately begin to explore their worlds and, in the process, learn a lot.