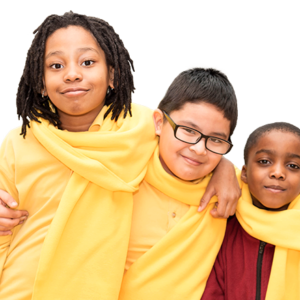 Last week, the Senate took the bold step of prioritizing our children over political constituencies. This action was summed up beautifully in testimony by Senator Guida who reminded us that, in spite of pressure from outside groups, the sacred obligation to protect and provide real opportunity to our young people in New Hampshire is alive and well.

By passing the law enabling education freedom accounts, the Senate moves opportunity forward for children and families who have not found success in our traditional public schools. That is not a criticism of our public schools which are consistently ranked among the top in the nation. Rather, it is a statement that we are all unique human beings and that our success cannot be packaged up in some standardized formula. In an age where everything else, from molecular medicine to home meal delivery, is customized, why do we insist that education must be homogenized?

Those arguing against this important policy rolled-out the expected; tired, old, and simply untrue arguments. We have seen this before and now recognize them for what they are. In 2006/2008, when New Hampshire debated funding for public charter schools, we were told by our betters that the actions would devastate public schools. Of course they have not. In 2012, when New Hampshire enacted the Children’s Scholarship Fund, we were told it would cost the taxpayers $126 million. Of course that did not happen, and instead, we have a program that serves 600 economically disadvantaged and diverse children. In 2018, with the Learn Everywhere program and in 2019 with our federal charter school grant, we again heard that the sky was falling. Of course, prognostications by opponents of choice never come to fruition.

And, it is not hard to understand why. Across the country, states are enacting these programs which are proven to help students. We are told that students will flee our public schools. First of all, it is a disservice to our good public schools to imply that students would flee the schools in droves. It is also contrary to the experience in every other state with a similar program. Across the country, over 21 million children are eligible for some type of choice program. Only 1.3 million students actually take advantage of these programs. This demonstrates clearly that these are programs for students for whom the current system is not working.

First, let’s look at the impact on our students. Of 17 studies that considered student outcomes, 11 showed positive outcomes and 4 showed no visible effect. These are encouraging results given that these programs serve primarily disadvantaged and at risk students.

How about the effect on our public schools; will they be devastated as opponents’ assert? Turns out that is a myth. Of 27 studies that looked at the effect of choice programs on traditional public schools, 25 of them showed a positive effect on public schools. Why would we not want to enact a policy that continues to improve our strong schools?

How about the financial effect of these programs? Of 55 studies that looked at the fiscal effect of choice programs, 49 of them found that the programs generated net savings for taxpayers. That is likely why analysis by the department of education as well as the Josiah Bartlett Public Policy Center both concluded that taxpayers, as well as students and public schools can be the beneficiaries of these programs.

New Hampshire is a great state because it is filled with great people. We have shared values in support of our communities, families and children. Education Freedom Accounts are a policy reflection of those values that we all share.