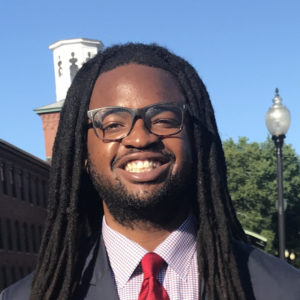 EDELBLUT: Executive Councilor Could Benefit from Some Counseling

In January 1938 Franklin Roosevelt nominated Stanley Forman Reed to fill an opening on the Supreme Court.  Three weeks later, having generated no real dispute in the Senate, Reed’s nomination was uneventfully confirmed.  Among the legacy Justice Reed accrued during nearly two decades on the bench, was his mentoring of legal protégé, and future Chief Justice, Robert Jackson.  History prominently remembers Jackson’s having taken leave from the Court to serve as the U.S. Chief of Counsel for the prosecution of Nazi war criminals in Nuremburg.

One might think it remarkable that Justice Reed, for all of his contributions to American jurisprudence, never obtained a law degree.  But one would be mistaken. Neither Reed, nor Jackson had formal law degrees, nor did dozens of their predecessors on the Court.

The absence of any Constitutionally required credential for Supreme Court appointments is a testament to James Madison’s profound understanding of the relationship between liberty, human nature and power.  Madison recognized that arbitrarily constraining the safeguarding of our Nation’s most sacred promise, equal justice under the law, to a closed clerisy of guilded technocrats, would be misguided folly -the modern Court’s calcified cloister of Harvard-Yale law school grads speaks to Madison’s cautionary prescience.

“Misguided folly” would be a generous characterization of Executive Councilor Andru Volinsky’s bizarre opposition to Governor Sununu’s nomination of Ryan Terrell to serve on the State Board of Education.

While Councilor Volinsky’s partisan, rubberstamp party-line vote was wholly predictable, the hostility of his attack on Mr. Terrell’s qualifications surprised many observers.  But it was the Executive Councilor’s boorish ad hominin attack on Mr. Terrell, behavior completely unbecoming of a public servant, that is most deserving of the criticism it has generated.

For deigning to bring his systems administrator experience, and private sector data management talents to the service of improving New Hampshire schools’ operational processes, Mr. Terrell was informed by his political betters that such a proposition was “exceedingly inappropriate” and “demeaning.”

Sensing a confused public in need of further enlightenment, Councilor Volinsky, an attorney and (presumably) clairvoyant, used his supernatural abilities to divine the otherwise-obscured intentions residing deep in Governor’s Sununu’s heart, to explain what was really going on; ‘tokenism’ dontcha know.

“I won’t engage in the tokenism that you’re [Sununu] willing to engage in’ carped Volinsky.

As a matter of propriety, Councilor Volinsky’s enthusiasm to disparage the motives of Governor Sununu in the court of public opinion, would have elicited rebuke in a real court.  As first semester law school students learn, you can’t draw conclusions based on facts that are not in evidence.

Just reflect on that for a moment.  A member of the Executive Council uses a derogatory pejorative to impugn the character, integrity and intentions of two honorable people, in a dishonest effort to manipulate public perception toward his own preference.

To his credit, Councilor Volinsky did make an apology.  Not the authentic type that leaders, family members or peers make directly to those they’ve wronged.  But rather, the political damage-control kind, to a media ally, when an all too revealing gaff gets hastily dressed up in the cheap tuxedo of regret.

Could the Executive Councilor’s antagonism towards Mr. Terrell’s value and service contribution to the State have any merit?  It’s a difficult matter to assess, given the diverging gap between Councilor Volinsky’s words and his (in)actions.  In political ads he bemoans how the greying of New Hampshire necessitates the creation of “better opportunities so that we can attract younger people.” Mr. Terrell, 29 years old, would appear to be exhibit ‘A’ of this aspiration.

Relying on grit, resilience and faith, in having overcome hurricane devastation, dislocation and financial hardships, Mr. Terrell left his native Louisiana as a teenager to enroll in SNHU’s College Unbound study program.  Instilled with a work ethic that comes from having an educator as a mother, Mr. Terrell’s entire professional path has personified that approach to life which sees challenges as opportunities with work clothes on them.

Mr. Terrell’s long journey to New Hampshire has exemplified both the spirit and the letter of Councilor Volinsky’s vision for remedying all that ails our state’s work force, except for the minor detail of actually being permitted to serve.

Councilor Volinsky’s strident assertion that Mr. Terrell’s youth and inexperience should relegate him to the kiddy table, as the Board of Education deals with ‘important complex issues’ also seems more pretension than sincerity.

By now you have probably figured out that the real driver of Councilor Volinsky’s debasing censure of Mr. Terrell relates to a single issue, diversity.  Ryan Terrell is quite different from Andru Volinsky.

They are different because of their diversely opposed belief systems.

Councilor Volinsky comes from a world devoted to the conviction that human flourishing only emerges from the machinations of our political elites.  Their pious faith in the principle that all progress is entirely dependent on passing this regulation, supporting that tax increase, tweaking those policies, revising another curriculum, is fanatically unshakeable.  It goes a long way in explaining how bureaucratic stasis, administrative bloat, and ballooning costs decoupled from any sense of efficacy, outcome, or effectiveness, have become engrained institutional norms.

Ryan Terrell is a denizen of a different world, the knowledge-based economy where he is a native digital speaker. The cyber revolution, intellectual capital and the forces of globalization have deconstructed everything from commerce to conflict to community, which are all remerging as wholly new enterprises, yet our education system has largely lagged in stagnated isolation. In Mr. Terrell’s world, thriving is derived from productively harnessing these forces, wielding innovation, increasing capacity for aptitude, rewarding creativity and generating ever-increasing efficiencies.  With a bias for competence, Ryan Terrell’s mindset for public education can be captured in two words, transformation and excellence.   Or, as it’s known in Volinsky-speak, “exceedingly inappropriate” and “demeaning.”

Mark Twain once observed that history doesn’t repeat itself, but it often rhymes.  In 1943 the Supreme Court took up the question of the Texas Democratic Party requiring all of its primary voters to be white, based on a state law authorizing the party to establish its own internal rules; (Smith v. Allwright, 321 U.S. 649).  In an opinion written by Justice Stanley Forman Reed, the Court struck down the law as unconstitutional.  Addressing the fundamental unfairness of a membership selection process limited to whites, Reed called the practice “a mere mockery.”  Nearly 80 years later, the New Hampshire Board of Education selection process could be similarly labeled with that eerily apt description.