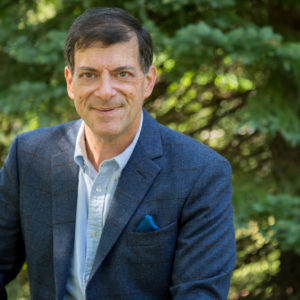 I came to New Hampshire more than  20 years ago to complete my medical training in rheumatology. My wife and I fell in love with the state.  I took a job as a staff physician at the VA in Manchester, quickly learning that the veterans’ needs extended beyond the exam room. I became the department chairman and then the regional director for medical services for VA New England.

When the VA began endangering patients and administration covered up problems instead of fixing them, I asked politicians for help. When they refused, I felt I had to go public to protect our veterans from further harm. I risked everything. That’s what real leaders do. If I hadn’t done that I wouldn’t be able to look my staff in the eyes.

Change did come in the form of dismissed administrators and $30 million in funding to improve the facility, but clearly more needs to be done. Now I’m running for Congress to blow the whistle on Washington to end illegal immigration, to defend our constitutional rights and a whole lot more. Gridlock and partisan politics are keeping congress from solving our nation’s problems.

We have a broken health care system that is wasteful and ineffective. In many cases taxpayer dollars pay for the basic research for drugs those same taxpayers will never be able to afford. Medicare itself is even barred from negotiating for drug prices. Some politicians are even campaigning on “Medicare for all,” ignoring that the cost will be up to $38 trillion over a ten-year period.

Our national debt is our greatest threat to the prosperity of our next generation. It is an even greater threat than the opioid crisis. The opioid crisis will never be overcome until we secure our borders. Drugs are flowing across our southern border at an alarming rate. Cofentanyl from China is killing our children and endangering our first responders.

I am constantly reenergized by seeing how important this election is.  Midterms, especially this one, don’t get the attention they deserve. America is making huge strides forward under a Republican plan. Economic growth continues at a record pace. NATO now understands we won’t continue to carry their burden. The President has shown strength in renegotiating trade agreements here in North America that have previously cost Americans an untold number of jobs. Those jobs are coming back. All this can stall if we don’t preserve this American attitude in Congress. In fact, I see it as a New Hampshire attitude.

That is why I am running. Please go to LevensonforCongress.com and sign up to get involved.

My wife and I knew each other from residency training in Internal Medicine. She was a doctor as well. We had lost touch and met again at a board exam.  I asked her out and we had dinner at a Japanese restaurant on Long Island, NY.

Meat Lover’s Pizza from Constantly Pizza in Concord, topped off by one of their “lobster tail” pastries from Boston’s North End.