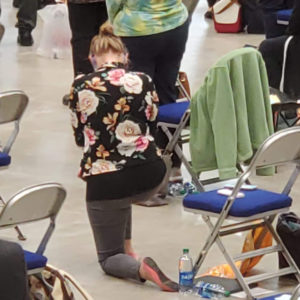 Dozens of New Hampshire House Democrats refused to stand for the national anthem at the final session of the legislature on Wednesday. Among those who knelt or remained seated were state Reps. Lisa Bunker of Exeter, along with Willis Griffith and Nicole Klein-Knight of Manchester.

“I just joined some of my fellow Democrats in kneeling during the National Anthem,” Rep. Bunker tweeted. “I did it because I am a patriot, and because the America I envision and strive for and love has room for everyone. Freedom and justice for *all*!”

Rep. Klein-Knight told NHJournal she didn’t stand because “our country is on fire.” 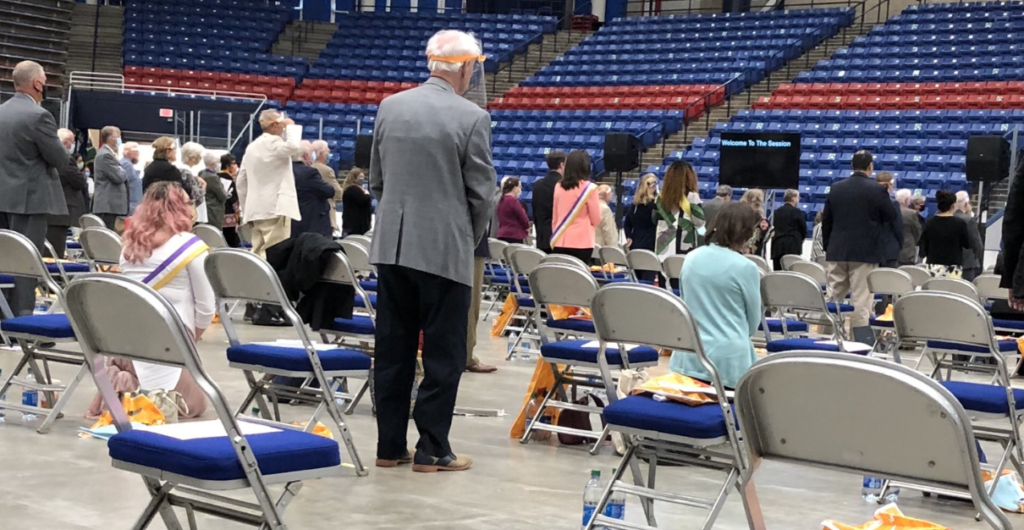 Some NH House Democrats can be seen sitting and kneeling during the national anthem at the September 16, 2020 session.

“People are being murdered in the streets, due process is crumbling, kids are in cages, bailouts continue for only those in power, public water is still poisoned. Until everyone is treated with fairness and dignity I will continue to kneel,” she said.

Refusing to stand for the American flag isn’t a new phenomenon for Granite State Democrats. Several refused to do so during the June 30, 2020 session of the House. Among them were Reps. Timothy Horrigan (Durham), Catherine Sofikitis (Nashua) and Wendy Thomas (Merrimack). In fact, the Associated Press distributed a photo of Thomas kneeling that was picked up nationwide and created so much reaction that she felt the need to release a statement in response.

“This morning, this photo ran in an AP article that has apparently been published around the nation,” her statement reads in part. “I am proud of my stance and I intend to frame this photo. ‘Hey kids, take a look, if your mom can send a statement, then you can too.’”

Horrigan was spotted kneeling again on Wednesday, but Thomas told NHJournal she stood this time around. 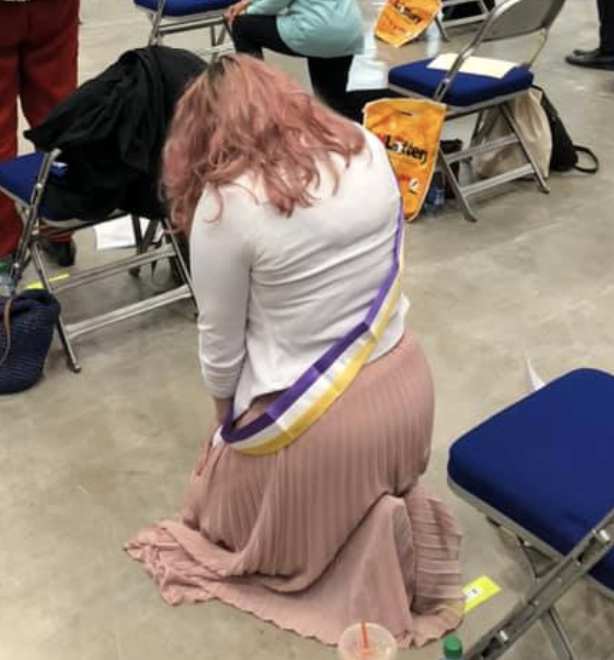 Republicans called out their Democratic colleagues over their treatment of the flag.

“Although I am a firm believer and ardent supporter of our First Amendment right to free speech, I personally find this display of disrespect for our national anthem to be a shameful political stunt,” Republican state Rep. Fred Doucette told NHJournal. “Too much blood has been spilled for the colors of our nation to be blatantly disrespected in this fashion.”

For their part, House Democrats called out the 47 Republicans who declined to wear masks during the session and as a result had to sit in the “Mask Non-Compliant” section of the Whittemore Center at UNH where the COVID-19 sessions of the House were held.

“From Trump to Sununu to Dick Hinch, Republicans have not taken this crisis seriously, denying its severity & delaying action — and now when there’s a spike in cases, they’ve refused to take even the simplest precautions to keep Granite Staters safe,” the New Hampshire Democratic Party tweeted.

New Hampshire has a positive test rate of less than 1 percent and the DHHS reports just eight people in the state currently hospitalized for COVID-19.

Ask if she believes that America, as it is today, isn’t worthy of having us stand for its flag, Rep. Klein-Knight said:

According to the latest Gallup Poll on national pride, patriotism appears to be on the wane. The number of Americans who say they are “extremely” or “very proud” to be Americans is the lowest since Gallup began asking the question in 2001.

While two-thirds of Republicans say they are extremely proud, just 24 percent of Democrats agree.

“My definition of patriotism includes the idea that it is right and proper for citizens who love their country to call out injustice when they see it,” Rep. Bunker told NHJournal. “Black people in the US face multiple injustices built into the very structure of our nation. They’re in our legal and penal systems, our schools, our financial institutions, the police, election laws, and more. I knelt during the Anthem to contribute to the fight for an America that is truly the land of equal opportunity for all, regardless of race, religion, or any other demographic category.”