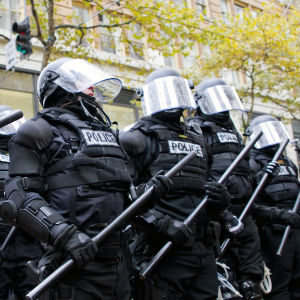 Public safety and law enforcement are the first functions of government. In millions of interactions between police officers and citizens each year, only a small fraction end badly.

Sometimes an officer does violate the state or federal constitutions. If unaddressed in court, this breeds distrust of the police making their job even tougher and more dangerous than it is. One way police departments can be made accountable to the George Floyds of this world is to allow lawsuits for excessive force or illegal searches and seizures to proceed in state courts.

Part I, Article 19 of our State Bill of Rights prohibits illegal searches and seizures. But when violations do occur, we must now turn to the very similar federal Fourth Amendment as the basis for filing suit in federal or state court.

An excessive force case cannot be based on our Bill of Rights, but must be based on the federal protections that have allowed civil suits for damages since 1871 pursuant to that year’s Civil Rights Act.

Police misconduct and certain other intentional tort cases against town and city employees frequently involve claims under that 1871 Civil Rights Act.  But the U.S. Supreme Court created the doctrine of “qualified immunity” by an activist judiciary 50 years ago to shield government officials who violate the law.  Saucier v. Katz, 533 U.S. 194, 206 (2002).

The State of Colorado last year enacted a law that the federal judicially created theory of “qualified immunity” was null and void in its state courts. We should do the same here by passing Reps. Berch and Lekas’ amendments to SB 96.

Even if a state cause of action is enacted to enforce our Bill of Rights in state courts there are already ample protections to ensure an officer or trooper will not be risking their own bank accounts or house.

First, they are indemnified from damages, costs and attorney’s fees by the provisions of RSA 31:105 and 106 in the case of local officers, and RSA 99-D for state troopers.

Second, the state self-insures and covers those verdicts and expenses while the counties, towns, etc. have coverage through the mutual risk pool known as Primex.

Third, there are limits or caps on recovery of $325,000 in cases against local officers or departments and $475,000 against the state.

For those who argue any repeal would lead to a flood of lawsuits, please consider that implies we are having massive unchecked violations of our rights going on today but with no recourse to the courts. I do not think anyone believes that to be the case in our state now.

So where will this flood occur? It is only a scare tactic.

We need to back the blue but sue the few who prove themselves unworthy of a badge. Society won’t survive without the rule of law but there can be no respect for law without justice. 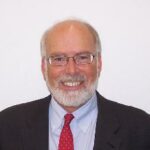