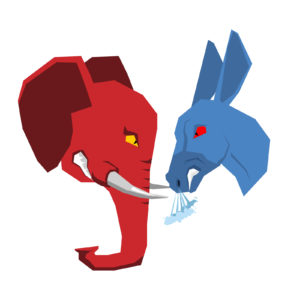 Republicans clinging to the hope that they can hold onto the House got some bad news on the day after Labor Day: Two new polls show voters aren’t in the mood to keep them around.

And a new Washington Post-ABC News poll gives the Democrats an even larger margin: 52-38 percent, a 14-point lead. Both are well above the 8-point Democratic advantage most pollster believe is the most the GOP House majority can withstand. It’s also significantly higher than the 4-point advantage Democrats had in this same poll in April.

A recent NHJournal poll of New Hampshire voters the generic-ballot margin much closer in the Granite State– 44-41 percent favoring a Democratic Congress.  However, in the weeks that followed, national polls have shown the generic ballot moving in the Democrats’ favor, and it’s likely the same is true in a purple state like New Hampshire.

If Republicans are hoping for help from the White House, they aren’t getting it. In the USA Today/Suffolk poll, 58 percent of voters said they wanted to elect a Congress to stand up to Trump rather than one that would work with him. The Washington Post-ABC News poll had a similar result.