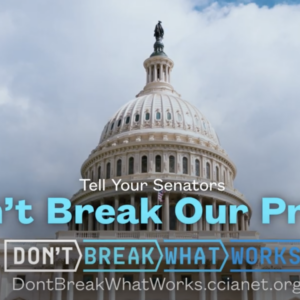 Posted to Technology May 16, 2022 by Elaine Mallon

Granite Staters have seen the “Don’t Break What Works” TV ads urging Washington, D.C. to reject the American Innovation and Choice Online Act (AICOA). The question is, why?

Computer & Communications Industry Association (CCIA) is spending about $2.5 million targeting New Hampshire, sources tell NHJournal,  and even more in other key swing states like Arizona and Wisconsin. The ad warns the AICOA could end Amazon Prime’s two-day free shipping guarantee and hurt independent vendors who use Amazon and other large platforms to do their (small) business.

Backers say the bill is necessary to stop Big Tech companies from referencing their own products over those of competitors and small companies. They say it would prohibit large marketplace platforms — like Amazon — from engaging in practices such as giving preference to their own products in search results and collecting nonpublic data of businesses selling on the platform.

“I want to stress that this bill is not meant to break up Big Tech or destroy the products and services they offer that many of us, including myself, enjoy and use,” said sponsor Sen. Charles Grassley (R-Iowa). “Rather, the goal of this bill is to prevent conduct that stifles competition while ensuring that pro-consumer innovations and offerings are still available.”

The problem isn’t the goal, says CCIA President Matt Schruers, but the unintended consequences. For example, he warns the AICOA could jeopardize features customers like, such as Google Maps being included in Google search results and Amazon operating as a marketplace for small businesses.

“There is a considerable risk that some companies would say the burden of operating as a third-party ecosystem where they cannot yield any of their own services or products into that ecosystem is simply too great,” Schruers said. “Becoming a first-party business is a more viable business model.”

The factors which make Amazon Prime successful such as self preferencing its products — which according to Schruers is a common practice seen in grocery stores — would be in violation of the legislation.

At a recent tech roundtable, Michael Petricone, senior vice present of the Consumer Technology Association, said small businesses are worried about the unintended impacts and “want Congress not to do anything that will screw up or weaken the services that they rely on for their business.”

At the other end of the corporate spectrum, the U.S. Chamber of Commerce also came out against the bill.

“We believe antitrust law must remain a narrow tool, with widespread application firmly guided by economic analysis that measures the total impact, both harms and benefits, that accrue to consumers,” Chamber Executive Vice President Neil Bradley wrote to Congress.

And according to data from the National Economic Research Associates, passing the AICOA would impose an economic cost of $319 billion, resulting in higher retail prices absorbed by the consumer.

Groups targeting Big Tech are pushing back, however. National Association of Wholesaler-Distributors Vice President Blake Adami says Amazon has used its platform to drive customers away from third-party sellers into the digital arms of Amazon Business.

In the letter addressed to the Senate Committee on the Judiciary, Adami said Amazon has manipulated its “search algorithms to steer customers towards Amazon Business’ own products and products that earn Amazon higher profits.”

And a study released by the Institute for Local Self Reliance found Amazon also profits big from seller fees. For every $100 a seller earns, Amazon is taking $34 of it in fees. From 2019 to 2021, Amazon’s revenue from seller fees has more than doubled.

But CCIA’s ad campaign also points to concerns that the legislation would restrict a company’s ability to maintain security standards, thus allowing data to be accessible to third parties including foreign companies.

While ultimately voting in favor of the bill, Sen. Dianne Feinstein (D-Calif.) said protection of consumer data was still a concern.

“The bill causes some very significant security concerns,” Feinstein said. “We’re requiring companies to take down protections that are in place today, and instead, allow hackers and those looking to steal personal data to access the devices.”

So why New Hampshire? The tech industry argues the legislation is a Washington, D.C. insider game, while the average consumer in Bedford or Berlin just wants the products they like and a price they can afford delivered on a secure platform.

“While others focus on the D.C. insider game, this ad campaign reaches well beyond the beltway, educating voters in key states about how this legislation would affect services they rely on and have come to love,” said the CCIA’s Chandler Smith Costello. “We’ll keep pressing forward making it crystal-clear to Congress: Don’t break what works.”