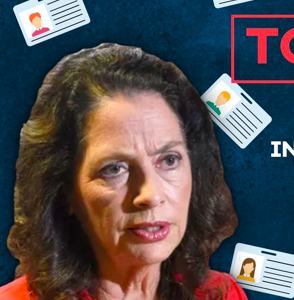 Today—and every day until the election—  the New Hampshire GOP is attacking Democrat Molly Kelly on the issue of taxes. That’s because she has supported so many tax hikes in her career that, they claim, they can literally list a new one every day.  And so far, it appears that Granite State Republicans are right…about the taxes.

Are they right about the strategy? 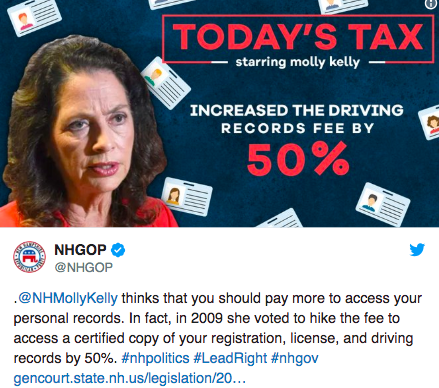 A quick glance at the UNH Granite State Poll over the past two years, and you’ll see that when New Hampshire voters name their most important issue, taxes never make it out of the low, single digits. In the August poll, “taxes” was the top issue of just 3 percent of responders. The opioid epidemic, by comparison, was named by 48 percent.  Jobs/economy (10 percent), education (7 percent) and health care (4 percent) all edged out taxes.

Labeling Molly Kelly a “tax-and-spend” liberal may be completely accurate (she certainly ran as one in the primary), but is it politically astute?  Is it a case of—to paraphrase Barack Obama—the 1990s called and they want their GOP campaign strategy back?

“I think taxes are always the issue in NH elections and the issue resonates as strongly as ever. The only reason New Hampshire isn’t an economic basket case like our neighbors to the east and west is because we don’t have an income or sales tax. Voters get that, and it is good to remind them that Senator Kelly has supported higher taxes.”

Not everyone agrees however, and they point to previous GOP campaigns.  “John Stephen tried something like this in his campaign for governor,” one longtime GOP consultant told NHJournal. “That was the year, you remember, that Republicans had landslide victories but Stephen lost 53-45 to John Lynch.”

Another Republican campaign pro who supports Gov. Sununu agreed. “We tried this with Lynch, we tried it with Hassan—and they both won.  And Molly Kelly has already said doesn’t support a sales or income tax. I just don’t think it’s an issue that gets people to the polls in 2018.”

This has been an ongoing debate among New Hampshire Republicans for awhile. Once Democrats started taking “The Pledge” and removing the possibility of broad-based tax hikes as an issue, the GOP lost its campaign edge—and for twelve years, the governor’s mansion.   But maybe when Team Sununu talks about taxes, they’re not really taking about taxes. Maybe it’s a way to focus people on a more compelling issue: The economy.

“You know what I think still works? Asking the voters, ’Are you better off today than you were two years ago?'” says GOP consultant Mike Dennehy.  “Make them think about it – and consciously realize there is no reason to change direction.”

And Molly Kelly certainly would be a change, having openly and repeatedly called for higher taxes—in particular higher business taxes, aka “funding tax breaks for the wealthy corporations,” as she puts it on the stump.  Is talking about her tax hikes a way to focus on the broader economic impact—as opposed to the immediate impact on Granite State wallets?  Gov. Sununu certainly made economic policy the center of his comments on Molly’s tas attacks during a recent interview with NHJournal:

“Molly Kelly wants to raise taxes, that’s nothing new. As far as ‘tax cuts for wealthy corporations,’ I’ve done one thing with one tax: I’ve lowered it and I’ve lowered it for everybody. And that let businesses hire more people and raise their wages—and that’s exactly what happened.  And now we 2.7 percent unemployment. We have the second-highest per capita income by household in the country.  We have a higher household income than Massachusetts. That’s because we created flexibility and opportunity for every business in this state to have a little more money in their pockets to hire more people and to increase wage, productivity and profitability. That’s why the economy is booming.”

The (booming) economy was always going to be a tough issue for Kelly. All the tax talk just makes that issue a little bit tougher.