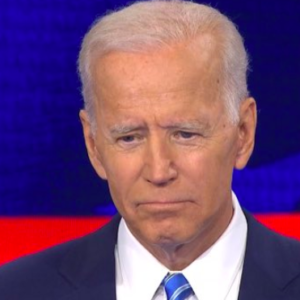 Does Joe Biden Have an Age Problem? Ask “Corn Pop.”

Does Joe Biden have an age problem? Ask “Corn Pop.”

If you haven’t heard the story, Corn Pop was the name of a local tough Biden was forced to confront while working as the only white lifeguard at an inner-city Wilmington, Del. pool in 1962. Biden’s telling of the tale created a media sensation when Michael Harriot, a writer at The Root questioned the tale’s authenticity.

As it happens, the story turns out to be largely true.  And for Joe Biden, that’s where the problems start.

Biden is the clear frontrunner for his party’s nomination next year, with a double-digit lead he’s held for months — though his margin has been shrinking.  The lingering question about Biden’s candidacy is its durability. Again and again on the campaign trail, Biden has made gaffes that raise questions about — as Sen. Cory Booker put it last week — “Joe Biden’s ability to carry the ball all the way across the end line without fumbling.”

In the most recent Democratic debate, Biden started strong but then appeared to struggle to keep his focus toward the end. His answer to a question about slavery was so meandering and incongruous that Rebecca Traister a writer at liberal New York magazine compared it to the infamous “viral Miss Teen USA answer from years ago.”

But Biden’s committed plenty of gaffes over the past six months and his lead still stands. It could be that the lingering moment might be one sentence from that answer: “Play the radio, make sure the television—excuse me, make sure you have the record player on at night, make sure that kids hear words.”

The story, which blew up in the media over the weekend, isn’t new. The former vice president has told the story many times about how, “as a white kid from suburbia I wanted to get more involved.” Biden says he applied for a job as the only white lifeguard at the Prices Run Pool as part of a mission of self-enlightenment. “I would see and hear Dr. King and others on TV, but I didn’t know any black people, so I wanted to work here.”

Part of his job was enforcing the rules regarding the high diving board. When Corn Pop wouldn’t stop bouncing on the board, Biden threw him out of the pool.

As Biden told the story in a 2017 video that’s currently making the media rounds, “Corn Pop was a bad dude who ran with a bunch of bad boys. Back in those days if you wore pomade in your hair you had to wear a bathing cap….I told him ‘Hey Esther Williams, get off the board before I drag you off.’”

Biden soon found out that Corn Pop and his friends would be waiting for him in the parking lot with their weapons of choice: Straight razors.  “They used to bang their straight razors on the curb, put ‘em in the rain barrel to get ‘em rusty, remember that? Not a joke!”

A friend told Biden to wrap a chain around his arm and confront Corn Pop. “He told me to go out and say ‘You may cut me, but I’m gonna wrap this chain around your head.’”

Biden says he took the chain, met Corn Pop in the parking lot and he apologized for calling him Esther Williams. The apology was accepted and the two became friends for the rest of the summer.

Joe Biden supporters may see this as a sign of his early commitment to civil rights. Cynics might say it smacks of an ambitious young man already thinking about his political future.  But for voters under the age of 50, the most likely response is:

Who the heck is Esther Williams?

(Esther Williams was a competitive swimmer who starred in a series of ‘aqua-musicals’ in the 1940s and 50s.)

Biden’s entire story — from the pomade-covered hair to the straight razors in the rain barrels to the gangland confrontation straight out of the 1957 musical West Side Story — sounds like a tale from another era. And if it has a soundtrack, it’s playing on Joe Biden’s record player.

Biden’s entire campaign sometimes feels like a form of time travel. When Sen. Kamala Harris attacked him over his opposition to federally-enforced school busing, some voters were probably more surprised to learn Biden was already in the U.S. Senate in 1972, and that he served with people whose names are straight out of history books, like Sens. Richard Russell and Strom Thurmond.

“Age isn’t the issue,” one Democrat strategist told NHJournal. “It’s ‘connection.’ How many Democratic voters, particularly the young activists, can connect with Joe Biden? He really is your grandfather’s Democratic Party.”

Or as President Bill Clinton said in a 1996 debate against Bob Dole, “I don’t think Senator Dole is too old to be president. It’s the age of his ideas that I question.”

That’s what concerns Joel Payne, a Democratic operative who worked for the 2016 Hillary Clinton campaign. He believes the party’s success relies on getting the base energized, and looking backward to a more moderate brand won’t get it done.

“I think — at this time, in this cycle — it will be easier to sell a progressive to moderates than it will be selling a moderate to progressives,” Payne told NHJournal.  “I think it’s going to be hard to get progressives excited enough to knock on doors and make phone calls for a candidate like Joe Biden. And that’s an issue he’s going to have to resolve.”

Veteran Democratic strategist Bob Shrum doesn’t agree. “I don’t think age is an issue for Democratic primary voters,” he told NHJournal. “And it may come as news to some of the younger people covering this race, but most of the people who actually vote in Democratic primaries are old enough to remember record players.”

Shrum, who currently serves as Director of the Center for the Political Future at USC Dornsife, says he hasn’t seen any data indicating age is costing Biden significant support.

“Age is different now. Eisenhower was considered old when he left office, but Reagan was the about the same age (70) when he was sworn in. And Trump is older than Reagan.” Shrum said. “Democrats are only asking one question: ‘Can you beat Donald Trump?'”

New Hampshire State Sen. Lou D’Allesandro is a realist. “The age issue is always going to be there for Biden,” he told NHJournal. “The way to beat it is by performing on the campaign trail.” D’Allesandro recently spoke to Biden about his concerns and he believes the vice president is on the right path.

“I think he’s doing better. He’s more focused. His answers are more direct, to the point. And I think he’s got a spark,” D’Allesandro said.

But for a party known for nominating young, dynamic leaders of the future (JFK, Bill Clinton, Obama), a candidate who often sounds like he stepped out of a political time capsule seems unlikely to set the campaign house on fire.