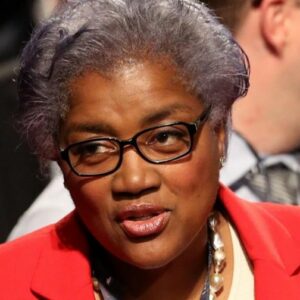 The Democratic National Committee (DNC) has given New Hampshire an extension to try and meet the new requirements for states holding presidential primaries in the party’s early window. But Granite State Democrats haven’t gotten a reprieve from the attacks against the state that cost them their place at the front of the calendar.

Both New Hampshire and Georgia have requested extensions to try and meet the new requirements imposed by the DNC’s rules committee. Among changes the DNC is demanding: New Hampshire must repeal its First-in-the-Nation (FITN) law and must allow no-excuse absentee voting.

The GOP-controlled legislature is highly unlikely to pass those laws, certainly not before next month’s final approval of the new calendar at a DNC meeting in Philadelphia in early February.

“Most Democratic strategists we’ve talked to predict the DNC will eventually drop Georgia as an early-state primary because of the impossible logistical challenges,” Josh Kraushaar reported at Axios. “But because many Democratic leaders have publicly called out New Hampshire for its racial homogeneity, the battle over the Granite State’s future role in presidential politics is poised to get uglier.”

That “ugliness” includes repeated claims by leading Democrats that the state’s primary electorate is “too White” and cannot be trusted to play such a key role in the party’s primary process.

“We are moving with deliberate speed for a full DNC vote next month,” said former acting DNC chair Donna Brazile, who helped strip New Hampshire of its FITN standing. “The train is leaving the station with South Carolina prepared to lead the way.”

And while the Rules and Bylaws Committee gave the New Hampshire Democratic Party an extension, co-chairs Jim Roosevelt and Minyon Moore made it clear they aren’t changing course.

“We remain committed to doing all we can to see our plan through,” they said in a memo. “We are committed to seeing out the calendar that this committee approved last month.”

Democratic state party chair Ray Buckley insisted New Hampshire would still hold its primary first as required by state law. And that it would almost certainly be on the same day as the GOP primary, whose place in line is uncontested. The DNC has made it clear it would punish New Hampshire, and possibly candidates who campaign here if they violate the party’s official calendar.

The danger for Democrats, Kraushaar and others point out, is that Democratic candidates are likely to show up anyway, even if Joe Biden runs for re-election as he apparently plans to do.

“If the DNC punishes New Hampshire for holding an unauthorized primary, a protest candidate could emerge merely to decry Biden’s role in marginalizing the state’s influence — at a time when he could otherwise be coasting to a re-nomination as the incumbent president,” Kraushaar wrote. “New Hampshire’s value on the primary calendar was never about a large number of delegates; it was about its longstanding role of seriously vetting candidates in the presidential process.”

New Hampshire was dropped from the calendar in part at the insistence of Biden, who has run for president three times and never fared well in the Granite State. In his announcement of the new calendar, Biden echoed the view that the state’s voters are too White for their starring role in the primary process.

To add insult to injury, organized labor activists are upset that South Carolina — a right-to-work state where union membership is below 2 percent of the workforce — is being pushed to the front of the line.

AFSCME President and Biden ally Lee Saunders defended the move. “You’ve got to look at the total picture,” he told Politico. “I don’t view it as labor being left out or being dismissed. I view it as the selection of states that make sense for demographic reasons.”

In other words, “too White” trumps “pro-union.”