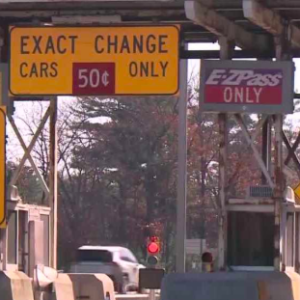 Discounting of Tolls is a Good First Step

For years Republican and Democrat legislators, particularly those from Merrimack and those for whom Merrimack was part of their district, have fought to bring relief to Merrimack residents who have had to bear the burden of unbalanced tolls for far too long.

I applaud Governor Sununu’s leadership in getting the Executive Council to recommend a 100% discount at the Exit 11 toll in Merrimack. It will play a key role in growing the economy and benefitting the businesses of Merrimack, all the while saving taxpayer dollars.

By law the Executive Council can apply discounts to existing tolls, but it is the legislature that determines where tolls are placed, and whether or not toll structures remain if a toll fee is discounted to zero. That is why past legislators, including myself, fought consistently to permanently remove the toll structures in Merrimack, not just reduce the toll. Once a toll is discounted, it only takes a subsequent vote of the current or future Executive Council to reinstate that toll. If toll structures are removed, it is much more difficult for the legislature to positively consider re-appropriating funds to rebuild the structures necessary to reinstate the toll. This was precisely the reason then-Senator Peter Bragdon introduced Senate Bill 3 in 2014.

Senate Bill 3 called for the removal of the toll at Exit 12. Unfortunately, that bill failed 201-72, with Democrats primarily opposed to the bill and Republicans primarily supporting it. Even then, as a Representative serving a district other than Merrimack, I could see the injustice and imbalance imposed by the Merrimack tolls and I supported the bill. With its failure, Senator Bragdon then was able to get the removal of Exit 12 attached as an amendment to SB367, a bill that increased the gas tax in New Hampshire, which I opposed because it imposed increased taxes on New Hampshire citizens.

I am aware that Senator Chandley has introduced SB300, which would eliminate the Exit 11 toll. Unfortunately, her bill does not officially remove the tolls until 2024. With the cost of the toll being .89 cents per vehicle and only bringing in .50 cents per vehicle, this poses a great financial risk to the people of Merrimack. I only wish we could have had then-Representative Chandley’s support back in 2014 when Senator Bragdon was trying to remove Exit 12, as it otherwise comes across as a political game for a party to claim victory on an issue that should be bi-partisan and based on fairness.

Merrimack should be grateful for Governor Sununu’s leadership on discounting the Merrimack tolls. It is a good first step. While the Executive Council can end the tolls to deliver Merrimack residents the relief they have long sought, I would also encourage the legislature to permanently remove the Merrimack toll structures immediately rather than wait until the 2024 date specified in SB300. Merrimack residents have paid an unbalanced share of tolls for far too long and it’s time to permanently put this issue to rest.